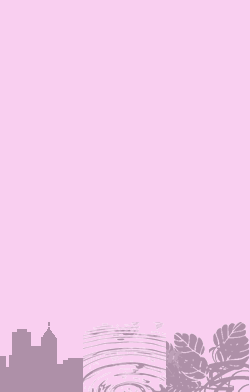 Sorry, there is no photo available. If you have one, please submit here .
Arachnida, Anthropod, Animalia

Play: Oribatida has a MOVE of 1.

warm, hot
Graphic by Kyle McQueenkylemcqueen.net/
Diversity and systematics Lime nail galls on Tilia × europaea, caused by the mite Eriophyes tiliae Mites are among the most diverse and successful of all the invertebrate groups. They have exploited an incredible array of habitats, and because of their small size (most are microscopic) go largely unnoticed. Many live freely in the soil […] read more
Sorry, there is no photo available. If you have one, please submit here.

Mites are among the most diverse and successful of all the invertebrate groups. They have exploited an incredible array of habitats, and because of their small size (most are microscopic) go largely unnoticed. Many live freely in the soil or water, but there are also a large number of species that live as parasites on plants, animals, and some that feed on mold. It is estimated that 48,200 species of mites have been described.[1]

Some of the plant pests include the so-called spider mites (family Tetranychidae), thread-footed mites (family Tarsonemidae), and the gall mites (family Eriophyidae). Among the species that attack animals are members of the sarcoptic mange mites (family Sarcoptidae), which burrow under the skin. Demodex mites (family Demodicidae) are parasites that live in or near the hair follicles of mammals, including humans. Acari are mites, except for the three families of ticks. Perhaps the best-known mite, though, is the house dust mite (family Pyroglyphidae).

Insects may also have parasitic mites. Examples are Varroa destructor, which attaches to the body of the honeybee, and Acarapis woodi (family Tarsonemidae), which lives in the tracheae of honey bees. There are hundreds of species of mites associated with other bee species, and most are poorly described and understood. Some are thought to be parasites, while others beneficial symbionts.

The tropical species Archegozetes longisetosus is one of the strongest animals in the world, relative to its mass (100 μg): It lifts up to 1182 times its own weight, over five times more than would be expected of such a minute animal.[2] Sarcoptes scabiei, the cause of scabies

Dust mites cause several forms of allergic diseases, including hay fever, asthma and eczema and are known to aggravate atopic dermatitis.[3] Mites are usually found in warm and humid locations, including beds. It is thought that inhalation of mites during sleep exposes the human body to some antigens that eventually induce hypersensitivity reaction.[4] Dust mite allergens are thought to be among the heaviest dust allergens.[5]

Like most of the other types of allergy, treatment of mite allergy starts with avoidance. There is a strong body of evidence showing that avoidance should be helpful in patients with atopic dermatitis triggered by exposure to mites.[6] Regular washing of mattresses and blankets with hot water can help in this regard.[7] Antihistamines are also useful; Cetirizine, for example, is shown to reduce allergic symptoms of patients.[8]

However, not all types of mites are infectious to humans, such as Alaskozetes antarcticus, an Arctic mite.[6] For the ones that do infest humans an antiparasitic insecticide such as benzyl benzoate or sulphur in the form or sulphur soap[9] or sulphur powder [10][11] is generally used to control and eliminate the mite population.