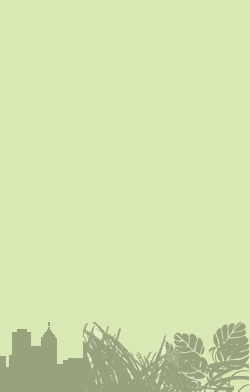 Sorry, there is no photo available. If you have one, please submit here .
Fungi, Basidiomycota, Agricomycetes

Play: Oidiodendron must be played adjacent to a PLANT SPECIES

Fact: Oidiodendron forms a mutualistic relationship with the roots of most plant species

cold, cool, warm, hot
Graphic by Kyle McQueenkylemcqueen.net/
A mycorrhiza (Gk. μυκός, mykós, “fungus” and ριζα, riza, “roots”,[1] pl mycorrhizae, mycorrhizas) is a symbiotic (generally mutualistic, but occasionally weakly pathogenic) association between a fungus and the roots of a vascular plant.[2] In a mycorrhizal association, the fungus colonizes the host plant’s roots, either intracellularly as in arbuscular mycorrhizal fungi (AMF), or extracellularly as […] read more
Sorry, there is no photo available. If you have one, please submit here.

A mycorrhiza (Gk. μυκός, mykós, “fungus” and ριζα, riza, “roots”,[1] pl mycorrhizae, mycorrhizas) is a symbiotic (generally mutualistic, but occasionally weakly pathogenic) association between a fungus and the roots of a vascular plant.[2] Mycorrhizas are commonly divided into ectomycorrhizas and endomycorrhizas. The two types are differentiated by the fact that the hyphae of ectomycorrhizal fungi do not penetrate individual cells within the root, while the hyphae of endomycorrhizal fungi penetrate the cell wall and invaginate the cell membrane. Additionally, many plants in the order Ericales form a third type, ericoid mycorrhizas, while some members of the Ericales form arbutoid and monotropoid mycorrhizas.[23][24] All orchids are myco-heterotrophic at some stage during their lifecycle and form orchid mycorrhizas with a range of basidiomycete fungi.

Endomycorrhizas are variable and have been further classified as arbuscular, ericoid, arbutoid, monotropoid, and orchid mycorrhizas.[25] Arbuscular mycorrhizas, or AM (formerly known as vesicular-arbuscular mycorrhizas, or VAM), are mycorrhizas whose hyphae enter into the plant cells, producing structures that are either balloon-like (vesicles) or dichotomously-branching invaginations (arbuscules). The fungal hyphae do not in fact penetrate the protoplast (i.e. the interior of the cell), but invaginate the cell membrane. The structure of the arbuscules greatly increases the contact surface area between the hypha and the cell cytoplasm to facilitate the transfer of nutrients between them. Ectomycorrhizas, or EcM, are typically formed between the roots of around 10% of plant families, mostly woody plants including the birch, dipterocarp, eucalyptus, oak, pine, and rose[22] families and fungi belonging to the Basidiomycota, Ascomycota, and Zygomycota. Some EcM fungi, such as many Leccinum and Suillus, are symbiotic with only one particular genus of plant, while other fungi, such as the Amanita, are generalists that form mycorrhizas with many different plants.[28] An individual tree may have 15 or more different fungal EcM partners at one time.[29] Thousands of ectomycorrhizal fungal species exist, hosted in over 200 genera. A recent study has permitted to conservatively estimate global ectomycorrhizal fungal species richness around 7750 species, although, on the basis of estimates of knowns and unknowns in macromycete diversity, a final estimate of ECM species richness would likely be between 20000 and 25000.[30]

Ectomycorrhizas consist of a hyphal sheath, or mantle, covering the root tip and a hartig net of hyphae surrounding the plant cells within the root cortex. In some cases the hyphae may also penetrate the plant cells, in which case the mycorrhiza is called an ectendomycorrhiza. Outside the root, the fungal mycelium forms an extensive network within the soil and leaf litter.

Nutrients can be shown to move between different plants through the fungal network. Carbon has been shown to move from paper birch trees into Douglas-fir trees thereby promoting succession in ecosystems.[31] The ectomycorrhizal fungus Laccaria bicolor has been found to lure and kill springtails to obtain nitrogen, some of which may then be transferred to the mycorrhizal host plant. In a study by Klironomos and Hart, Eastern White Pine inoculated with L. bicolor was able to derive up to 25% of its nitrogen from springtails.[32][33]

The first genomic sequence for a representative of symbiotic fungi, the ectomycorrhizal basidiomycete Laccaria bicolor, has been published.[34] An expansion of several multigene families occurred in this fungus, suggesting that adaptation to symbiosis proceeded by gene duplication. Within lineage-specific genes those coding for symbiosis-regulated secreted proteins showed an up-regulated expression in ectomycorrhizal root tips suggesting a role in the partner communication. Laccaria bicolor is lacking enzymes involved in the degradation of plant cell wall components (cellulose, hemicellulose, pectins and pectates), preventing the symbiont from degrading host cells during the root colonisation. By contrast, Laccaria bicolor possesses expanded multigene families associated with hydrolysis of bacterial and microfauna polysaccharides and proteins. This genome analysis revealed the dual saprotrophic and biotrophic lifestyle of the mycorrhizal fungus that enables it to grow within both soil and living plant roots. Ericoid mycorrhizas are the third of the three more ecologically important types, They have a simple intraradical (grow in cells) phase, consisting of dense coils of hyphae in the outermost layer of root cells. There is no periradical phase and the extraradical phase consists of sparse hyphae that don’t extend very far into the surrounding soil. They might form sporocarps (probably in the form of small cups), but their reproductive biology is little understood.[23]

Ericoid mycorrhizas have also been shown to have considerable saprotrophic capabilities, which would enable plants to receive nutrients from not-yet-decomposed materials via the decomposing actions of their ericoid partners.[36]