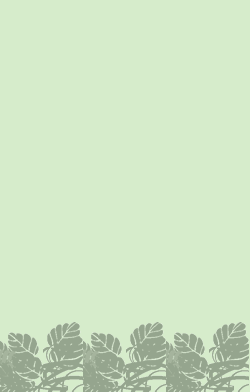 Sorry, there is no photo available. If you have one, please submit here .
Plantae, Magnoliophyta, Magnoliopsida

5 POINTS • Betula papyrifera has a SPREAD of 1 (requires WIND). The relatively soft, whitish wood is used extensively for such items as clothespins, spools, ice cream sticks, and toothpicks.

Cool, Warm
Graphic by Arla Sterlingwww.studioswash.com/
Betula papyrifera (Paper Birch, also known as American White Birch and Canoe Birch) is a species of birch native to northern North America. It is a medium-sized deciduous tree reaching 20 m tall (exceptionally to 35 m) with a trunk up to 80 cm diameter. The bark is white, commonly brightly so, flaking in fine […] read more
Sorry, there is no photo available. If you have one, please submit here.

It is a medium-sized deciduous tree reaching 20 m tall (exceptionally to 35 m) with a trunk up to 80 cm diameter. The bark is white, commonly brightly so, flaking in fine horizontal strips, and often with small black marks and scars. In individuals younger than five years, the bark appears brown with white lenticels, making the tree much harder to distinguish from other trees. The leaves are alternate, ovate, 5–12 cm long and 4–9 cm broad, with a doubly serrate margin. The leaf buds are conical and small. They are green-colored with brown edges. The flowers are wind-pollinated catkins 3–8 cm long growing from the tips of twigs. The fruit matures in the fall. The mature fruit is composed of numerous tiny winged seeds packed between the catkin bracts. They drop between September and spring.

Betula papyrifera is a well-known tree of the northern forest with its paper-thin, white, peeling bark. The bark, which has a high oil content and is consequently waterproof, was used for a wide variety of building and clothing purposes by the American Indians, including the covering of the familiar birch bark canoe. It is still used for various purposes, including basketmaking, in Canada and Alaska. Variants having more or less close, dark brown bark ( B . papyrifera var. commutata ) occur locally throughout the wide range of this species; this characteristic appears to be largely environmentally caused. The species is an important successional tree, coming up readily after fires, logging, or the abandonment of cultivated land.

Betula papyrifera is the state tree of New Hampshire.

Native Americans use Betula papyrifera medicinally in enemas, to shrivel the womb, to alleviate stomach cramps and pain, and as a tonic (D. E. Moerman 1986).

(From EOL via Flora of North America )