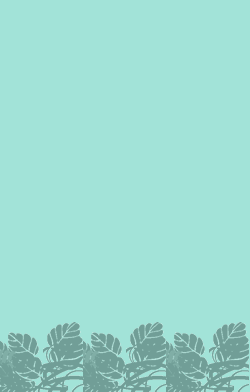 The eyes of Tarsius syrichta are larger than its brain, and they can rotate their head 180 degrees.

Cool, Warm
Graphic by kg21kg21.deviantart.com/
The Philippine Tarsier (Tarsius syrichta), known locally as the Maumag in Cebuano/Visayan and Mamag in Luzon, is an endangered species endemic to the Philippines. It is found in the southeastern part of the archipelago, particularly in the islands of Bohol Island, Samar Island, Leyte Island and Mindanao. It is a member of approximately 45 million year old family Tarsiidae,[3]whose name […] read more
Sorry, there is no photo available. If you have one, please submit here.

The Philippine Tarsier (Tarsius syrichta), known locally as the Maumag in Cebuano/Visayan and Mamag in Luzon, is an endangered species endemic to the Philippines. It is found in the southeastern part of the archipelago, particularly in the islands of Bohol Island, Samar Island, Leyte Island and Mindanao. It is a member of approximately 45 million year old family Tarsiidae,[3]whose name is derived from its elongated “tarsus” or ankle bone.[4] Its geographic range also includes Maripipi Island, Siargao Island, Basilan Island and Dinagat Island.[2] Tarsiers have also been reported in Sarangani, although they may be different subspecies. It was only introduced to western biologists in the 18th century.[5] he Philippine Tarsier is a tiny animal; it measures only about 85 to 160 millimetres (3.35 to 6.30 in) in height, making it one of the smallest primates. The small size makes it difficult to spot. The mass for males is between 80–160 g (2.8–5.6 oz), usually lighter for females, somewhat heavier than other Tarsius such as the Pygmy Tarsier.[6] The average adult is about the size of a human fist and will fit very comfortably in the human hand (see image below). Like all tarsiers, the Philippine Tarsier’s eyes are fixed in its skull; they cannot turn in their sockets. Instead, a special adaptation in the neck allows its round head to be rotated 180 degrees. The eyes are disproportionately large, having the largest eye-to-body size ratio of all mammals. These huge eyes provide this nocturnal animal with excellent night vision.[7] The large membranous ears are mobile,[8] appearing to be almost constantly moving, allowing the tarsier to hear any movement. The Philippine Tarsier has thin, rough fur which is colored gray to dark brown. The narrow tail, usually used for balance, is naked or bald except for a tuft of hair at the end, and is about twice the body length. Its elongated “tarsus,” or ankle bone, which gives the tarsier its name, allows it to jump at least three meters from tree to tree without having to touch the ground.[7] Its long digits are tipped with rounded pads that allow T. syrichta to cling easily to trees and to grip almost any surface. The thumb is not truly opposable, but the first toe is. All of the digits have flattened nails, except for the second and third toes, which have sharp claws specialized for grooming.[9] The Philippine Tarsier is a shy nocturnal[12] animal that leads a mostly hidden life, asleep during the day and only active to look for food during the night. During the day, it sleeps in dark hollows close to the ground, near the trunks of trees and shrubs deep in the impenetrable bushes and forests. They only become active at night, and even then, with their much better sight and amazing ability to maneuver around trees, are very well able to avoid humans.[5] It is arboreal[12] and is a vertical clinger and leaper,[8] habitually clinging vertically to trees and are capable of leaping from branch to branch. The Philippine Tarsier is solitary. However, it is found to have either monogamous or polygamous mating system.[8]

Philippine tarsiers are nocturnal animals that are also active at dusk and dawn (2). They spend the day sleeping in dense vegetation or occasionally in a hollow tree, and then as the sun sets, they begin their search for insect prey. Philippine tarsiers are agile acrobats of the forest, making vertical leaps from tree to tree with ease (2). Their head can rotate nearly 360°, and this, along with their enormous eyes, gives them an excellent field of vision (2). Once an insect is spotted, the Philippine tarsier will carefully adjust its position and focus, and then leap forward to seize the prey in both hands (2), their slender fingers creating a cage in which to hold flittering insects (4). During the hours the Philippine tarsier is awake, its thin ears are almost constantly being furled or crinkled (2). Generally seen in pairs of a male and female, the Philippine tarsier gives birth to a single young. Incredibly, the well-developed young weigh 25 percent of the mother’s weight, a greater percentage than any other mammal (4). These large babies are well-furred, have their eyes open (2) (4), and are immediately capable of climbing and making short hops, although full leaps are not undertaken until one month of age. As the mother moves around the trees, the young will cling to her abdomen or be carried in her mouth. At 42 days of age, the young Philippine tarsier begins to capture its own insects, and shortly after this it is weaned. In captivity, a Philippine tarsier lived for just over 13 years (2). Philippine tarsiers are found in areas of tall grasses, bushes, bamboo shoots, and small trees in tropical rainforests. They enjoy the canopy of the jungle, leaping from limb to limb. Tarsiers usually do not move using four limbs; rather, they have developed excellent leaping skills. Philippine tarsiers are primatily insectivorous. They eat insects, spiders, lizards, and small vertebrate animals such as birds. Upon seizing its prey, a tarsier carries it in its mouth and using both hands.