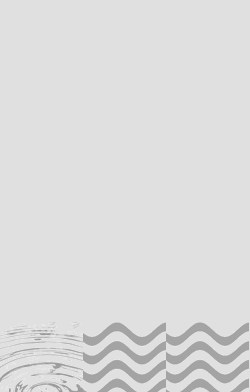 Sorry, there is no photo available. If you have one, please submit here .
Chromalveolata, Heterokontophyta, Bacillariophyceae

Play: Symbiodinium spp has a MOVE of 1, and is often eaten by KRILL SPECIES.

cold, cool, warm
Graphic by Kyu Hwangkyuhwang.com/
Phytoplankton (English pronunciation: /ˌfaɪtoʊˈplæŋktən/) are the autotrophic component of the plankton community. The name comes from the Greek words φυτόν (phyton), meaning “plant“, and πλαγκτός (planktos), meaning “wanderer” or “drifter”.[1] Most phytoplankton are too small to be individually seen with the unaided eye. However, when present in high enough numbers, they may appear as a […] read more
Sorry, there is no photo available. If you have one, please submit here.

Phytoplankton (English pronunciation: /ˌfaɪtoʊˈplæŋktən/) are the autotrophic component of the plankton community. The name comes from the Greek words φυτόν (phyton), meaning “plant“, and πλαγκτός (planktos), meaning “wanderer” or “drifter”.[1] Most phytoplankton are too small to be individually seen with the unaided eye. However, when present in high enough numbers, they may appear as a green discoloration of the water due to the presence of chlorophyll within their cells (although the actual color may vary with the species of phytoplankton present due to varying levels of chlorophyll or the presence of accessory pigments such as phycobiliproteins, xanthophylls, etc.).

Phytoplankton are the foundation of the oceanic food chain.

When two currents (in this case the Oyashio and Kuroshio currents) collide, they create eddies. Phytoplankton become concentrated along the boundaries of these eddies, tracing out the motions of the water. Phytoplankton are photosynthesizing microscopic organisms that inhabit the upper sunlit layer of almost all oceans and bodies of fresh water. They are agents for “primary production,” the creation of organic compounds from carbon dioxide dissolved in the water, a process that sustains the aquatic food web.[2] Phytoplankton obtain energy through the process of photosynthesis and must therefore live in the well-lit surface layer (termed the euphotic zone) of an ocean, sea, lake, or other body of water. Phytoplankton account for half of all photosynthetic activity on Earth.[3] Thus phytoplankton are responsible for much of the oxygen present in the Earth’s atmosphere – half of the total amount produced by all plant life.[4] Their cumulative energy fixation in carbon compounds (primary production) is the basis for the vast majority of oceanic and also many freshwater food webs (chemosynthesis is a notable exception). The effects of anthropogenic warming on the global population of phytoplankton is an area of active research. Changes in the vertical stratification of the water column, the rate of temperature-dependent biological reactions, and the atmospheric supply of nutrients are not expected to have important effects on future phytoplankton productivity.[5][6] Additionally, changes in the mortality of phytoplankton due to rates of zooplankton grazing may be significant. As a side note, one of the more remarkable food chains in the ocean – remarkable because of the small number of links – is that of phytoplankton-feeding krill (a crustacean similar to a tiny shrimp) feeding baleen whales.

Phytoplankton are also crucially dependent on minerals. These are primarily macronutrients such as nitrate, phosphate or silicic acid, whose availability is governed by the balance between the so-called biological pump and upwelling of deep, nutrient-rich waters. However, across large regions of the World Ocean such as the Southern Ocean, phytoplankton are also limited by the lack of the micronutrient iron. This has led to some scientists advocating iron fertilization as a means to counteract the accumulation of human-produced carbon dioxide (CO2) in the atmosphere.[7] Large-scale experiments have added iron (usually as salts such as iron sulphate) to the oceans to promote phytoplankton growth and draw atmospheric CO2 into the ocean. However, controversy about manipulating the ecosystem and the efficiency of iron fertilization has slowed such experiments.[8]

While almost all phytoplankton species are obligate photoautotrophs, there are some that are mixotrophic and other, non-pigmented species that are actually heterotrophic (the latter are often viewed as zooplankton). Of these, the best known are dinoflagellate genera such as Noctiluca and Dinophysis, that obtain organic carbon by ingesting other organisms or detrital material.

The term phytoplankton encompasses all photoautotrophic microorganisms in aquatic food webs. Phytoplankton serve as the base of the aquatic food web, providing an essential ecological function for all aquatic life. However, unlike terrestrial communities, where most autotrophs are plants, phytoplankton are a diverse group, incorporating protistan eukaryotes and both eubacterial and archaebacterial prokaryotes. There are about 5,000 known species of marine phytoplankton.[9] There is uncertainty in how such diversity has evolved in an environment where competition for only a few resources would suggest limited potential for niche differentiation.[10]

In terms of numbers, the most important groups of phytoplankton include the diatoms, cyanobacteria and dinoflagellates, although many other groups of algae are represented. One group, the coccolithophorids, is responsible (in part) for the release of significant amounts of dimethyl sulfide (DMS) into the atmosphere. DMS is oxidized to form sulfate which, in areas where ambient aerosol particle concentrations are low, can contribute to the population of cloud condensation nuclei, mostly leading to increased cloud cover and cloud albedo according to the so-called CLAW Hypothesis[11][12]. In oligotrophic oceanic regions such as the Sargasso Sea or the South Pacific Gyre, phytoplankton is dominated by the small sized cells, called picoplankton, mostly composed of cyanobacteria (Prochlorococcus, Synechococcus) and picoeucaryotes such as Micromonas.