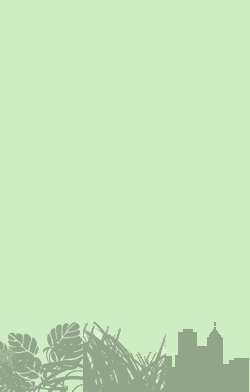 Fact: Like other mosses, Isothecium cristatum does not have flowers and seeds, but reproduces using spores and spore capsules.

Photo by Image by: Ken-ichiwww.flickr.com/photos/ken-ichi/

Mosses are small, soft plants that are typically 1–10 cm (0.4–4 in) tall, though some species are much larger. They commonly grow close together in clumps or mats in damp or shady locations. They do not have flowers or seeds, and their simple leaves cover the thin wiry stems. At certain times mosses produce spore capsules which may appear as beak-like capsules borne aloft on thin stalks.

There are approximately 12,000 species of moss classified in the Bryophyta. The division Bryophyta formerly included not only mosses, but also liverworts and hornworts. These other two groups of bryophytes now are often placed in their own divisions.

Botanically, mosses are bryophytes, or non-vascular plants. They differ from ‘higher’ plants by not having internal water-bearing vessels or veins, and no flowers and therefore no fruits, cones or seeds. They are small (a few centimeters tall) and herbaceous (nonwoody) and absorb water and nutrients through their leaves. Mosses have stems which may be simple or branched and upright or lax, simple leaves that often have midribs, roots (rhizoids) that anchor them to their substrate, and spore-bearing capsules on long stems. They harvest sunlight to create food through photosynthesis.[3][4] Mosses do not absorb water or nutrients from their substrate through their roots, so while mosses often grow on trees, they are never parasitic on the tree.

In addition to lacking a vascular system, mosses have a gametophyte-dominant life cycle, i.e. the plant’s cells are haploid for most of its life cycle. Sporophytes (i.e. the diploid body) are short-lived and dependent on the gametophyte. This is in contrast to the pattern exhibited by most “higher” plants and by most animals. In seed plants, for example, the haploid generation is represented by the pollen and the ovule, whilst the diploid generation is the familiar flowering plant.

They can be distinguished from the similar liverworts (Marchantiophyta or Hepaticae) by their multi-cellular rhizoids. Also, in most mosses, the spore-bearing capsule enlarges and matures after its stalk elongates, while in liverworts the capsule enlarges and matures before its stalk elongates. Other differences are not universal for all mosses and all liverworts, but the presence of clearly differentiated stem with simple-shaped, ribbed leaves, without deeply lobed or segmented leaves and not arranged in three ranks, all point to the plant being a moss.