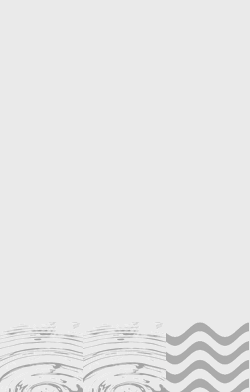 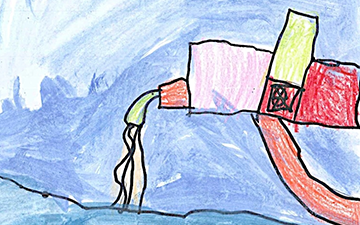 Play: Place this card on any ocean or freshwater based SPECIES card.
Effect: The SPECIES card is IMMEDIATELY discarded.

Graphic by Aaron Kgo.vsb.bc.ca/schools/uhe/
It is uncertain when the first crude oil pipeline was built. Credit for the development of pipeline transport is disputed, with competing claims for Vladimir Shukhov and the Branobel company in the late 19th century, and the Oil Transport Association, which first constructed a 2-inch (51 mm) wrought iron pipeline over a 6-mile (9.7 km) track from […] read more
Sorry, there is no photo available. If you have one, please submit here.

It is uncertain when the first crude oil pipeline was built. Credit for the development of pipeline transport is disputed, with competing claims for Vladimir Shukhov and the Branobel company in the late 19th century, and the Oil Transport Association, which first constructed a 2-inch (51 mm) wrought iron pipeline over a 6-mile (9.7 km) track from an oil field in Pennsylvania to a railroad station in Oil Creek, in the 1860s. Pipelines are generally the most economical way to transport large quantities of oil, refined oil products or natural gas over land.

Natural gas (and similar gaseous fuels) are lightly pressurized into liquids knows as Natural Gas Liquids (NGLs). Small NGL processing facilities can be located in oil fields so the butane and propane liquid under light pressure of 125 pounds per square inch (860 kPa), can be shipped by rail, truck or pipeline. Propane can be used as a fuel in oil fields to heat various facilities used by the oil drillers or equipment and trucks used in the oil patch. EG: Propane will convert from a gas to a liquid under light pressure under 40 psi (280 kPa), give or take depending on temperature, and is pumped into cars and trucks at less than 125 psi (860 kPa) at retail stations. Pipelines and rail cars use about double that pressure to pump at 250 psi (1,700 kPa).

The distance to ship propane to markets is much shorter as thousands of NGL processing plants are located in oil fields or close by when a number of pipelines tie into each other from various relatively close fields. Many Bakken Basin oil companies in North Dakota, Montana, Manitoba and Saskatchewan gas fields separate the NGL’s in the field, allowing the drillers to sell propane directly to small wholesalers, eliminating the large refinery control of product and prices for propane or butane.

The most recent major pipeline to start operating in North America, is a TransCanada natural gas line going north across the Niagara region bridges with Marcellus shale gas from Pennsylvania and others tied in methane or natural gas sources, into the Canadian province of Ontario as of the fall of 2012, supplying 16 percent of all the natural gas used in Ontario.

This new US supplied natural gas displaces the natural gas formerly shipped to Ontario from western Canada in Alberta and Manitoba, thus dropping the government regulated pipeline shipping charges because of the significantly shorter distance from gas source to consumer. Compared to shipping by railroad, pipelines have lower cost per unit and higher capacity. Pipelines are preferable to transportation by truck for a number of reasons. Employment on completed pipelines represents only “1% of that of the trucking industry.”[3]

To avoid delays and US government regulation, many small, medium and large oil producers in North Dakota have decided to run an oil pipeline north to Canada to meet up with a Canadian oil pipeline shipping oil from west to east. This allows the Bakken Basin and Three Forks oil producers to get higher negotiated prices for their oil because they will not be restricted to just one wholesale market in the US. The distance from the biggest oil patch in North Dakota, is Williston, North Dakota, only about 85 miles or 137 kilometers to the Canadian border and Manitoba. Mutual funds and joint ventures are big investors in new oil and gas pipelines. In the fall of 2012, the US began exporting propane to Europe, known as LPG, as wholesale prices there are much higher than in North America.

As more North American pipelines are built, even more exports of LNG, propane, butane, and other natural gas products will occur on all three US coasts. To give insight, North Dakota’s oil production has grown to 5 times in late 2012 compared to what it was just 6 years ago creating thousands of good paying long term jobs[citation needed]. North Dakota oil companies are shipping huge amounts of oil by tanker rail car as they can direct the oil to the market that gives the best price but pipelines are cheaper. Rail cars can be used to avoid a congested oil pipeline to get the oil to a different pipeline and get the oil to market faster and different less busy oil refineries.

Enbridge in Canada applying to reverse an oil pipeline going from east-to-west (Line 9) and expanding it and using it to ship western Canadian bitumen oil eastward.[4] From a presently rated 250,000 barrels equivalent per day pipeline, it will be expanded to between one million to 1.3 million barrels per day. It will bring western oil to refineries in Ontario, Michigan, Ohio, PA, Quebec and New York by early 2014. New Brunswick will also refine some of this western Canadian crude and export some crude and refined oil to Europe from its deep water oil ULCC loading port.

Although pipelines can be built under the sea, that process is economically and technically demanding, so the majority of oil at sea is transported by tanker ships.

The Enbridge Sandpiper Pipeline is proposed to transfer fracked oil from Western North Dakota through northwestern Minnesota, where one-fifth of the world’s fresh surface water lies. The pipeline will be 24-30 inches in diameter. It will carry over 300,000 barrels of oil a day with a volatility of 32. [5]