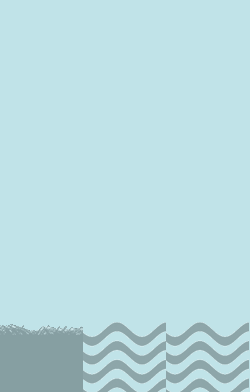 Play: Ursus maritimus has a MOVE of 2.
Fact: Many leading polar bear biologists have expressed grave concerns about the impact of climate change on the survival of this species.

cold
Graphic by Ashley Navaquicksilvercreatures.wordpress.com/
Photo by Ansgar Walken.wikipedia.org/wiki/File:Polar_Bear_2004-11-15.jpg
The polar bear (Ursus maritimus) is a bear native largely within the Arctic circle encompassing the Arctic Ocean, its surrounding seas and surrounding land masses. It is the world’s largest land carnivore and also the largest bear, together with the omnivorous Kodiak bear, which is approximately the same size.[3] An adult male weighs around 350–680 […] read more

The polar bear (Ursus maritimus) is a bear native largely within the Arctic circle encompassing the Arctic Ocean, its surrounding seas and surrounding land masses. It is the world’s largest land carnivore and also the largest bear, together with the omnivorous Kodiak bear, which is approximately the same size.[3] An adult male weighs around 350–680 kg (770–1,500 lb),[4] while an adult female is about half that size. Although it is closely related to the brown bear, it has evolved to occupy a narrow ecological niche, with many body characteristics adapted for cold temperatures, for moving across snow, ice, and open water, and for hunting the seals which make up most of its diet.[5] Although most polar bears are born on land, they spend most of their time at sea (hence their scientific name meaning “maritime bear”) and can hunt consistently only from sea ice, so spend much of the year on the frozen sea.

The polar bear is classified as a vulnerable species, with 8 of the 19 polar bear subpopulations in decline.[6] For decades, unrestricted hunting[clarification needed] raised international concern for the future of the species; populations have rebounded after controls and quotas began to take effect.[citation needed] For thousands of years, the polar bear has been a key figure in the material, spiritual, and cultural life of Arctic indigenous peoples, and the hunting of polar bears remains important in their cultures.

The IUCN now lists global warming as the most significant threat to the polar bear, primarily because the melting of its sea ice habitat reduces its ability to find sufficient food. The IUCN states, “If climatic trends continue polar bears may become extirpated from most of their range within 100 years.”[7] The polar bear was listed as a threatened species under the Endangered Species Act by the United States Department of the Interior in 2008.

Polar bears are solitary mammals throughout most of the year, with the exception of breeding pairs and family groups (3). Populations, or stocks, of polar bears are distributed throughout the Arctic and have overlapping home ranges which are not defended, and may vary in size from a few hundred to over 300,000 square kilometres (3) (4). The main food source is ringed seals P. hispida, and, to a lesser degree, bearded seals (Erignathus barbatus). The polar bears capture seals when they surface to breathe, or hunt them in their lairs, where young seals are nurtured (3). Polar bears show some amazing adaptations to their Arctic life and are able to detect prey that are almost a kilometre away and up to a metre under the compacted snow, using their heightened sense of smell (2). They also feed opportunistically on walruses, belugas, narwhals, waterfowl and seabirds (2). When food is available these bears have a remarkable ability to devour large amounts of food rapidly, and are also metabolically unique in their ability to switch from a normal state to a slowed-down, hibernation-like condition at any time of year when there is less food available (3). For example, in Hudson Bay the ice melts completely by mid-July and, as it does not re-freeze until mid-November, pregnant females do not feed for 8 months. During this fasting time, they metabolise their fat and protein stores and recycle metabolic by-products. During periods of particularly cold weather polar bears may also fast, and are known to conserve energy by occupying temporary dens (3). Polar bears breed from late March to late May (2). Females nurse and care for their cubs for 2.5 years and are therefore only available for mating once the cubs are independent, every three years. As this means that only a third of females can breed each season there is intense competition by the males for females, which may explain why males are so large in size (3). Females must mate many times over a period of several weeks before ovulation and fertilisation are stimulated (induced ovulation), and breeding pairs remain together for one to two weeks to ensure successful mating. If the female’s partner is displaced she may mate with more than one male at this time. Implantation of the fertilised egg is delayed until mid-September to mid-October, and the female gives birth to the young in a snow den some two to three months later (3). Two-thirds of litters are twins, and single litters and triplets are also born (3). Though the polar bear has low reproductive potential, individuals do live for a long time, and have been known to live for up to 30 years (3).