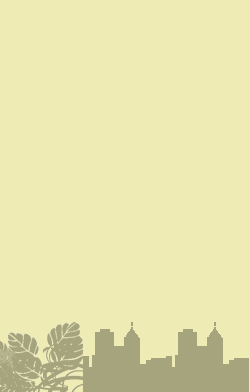 cold, cool, warm
Graphic by Ostrokrzew kolczastycommons.wikimedia.org/wiki/File:Ilex_aquifolium.jpg
Photo by Sean Dreilingerwww.flickr.com/people/seandreilinger/
Ilex aquifolium (Holly, or European Holly to distinguish it from related species, may also be called Christmas Holly or Mexican Holly) is a species of holly native to western and southern Europe, northwest Africa and southwest Asia.[1][2][3][4] It is an evergreen tree growing to 10-25 m tall and 40-80 cm (rarely 1 m or more) trunk […] read more

Ilex aquifolium (Holly, or European Holly to distinguish it from related species, may also be called Christmas Holly or Mexican Holly) is a species of holly native to western and southern Europe, northwest Africa and southwest Asia.[1][2][3][4]

It is an evergreen tree growing to 10-25 m tall and 40-80 cm (rarely 1 m or more) trunk diameter, with smooth grey bark. The leaves are 5-12 cm long and 2-6 cm broad, variable in shape; on young plants and low branches, with three to five sharp spines on each side, pointing alternately upward and downward; on higher branches of older trees with few or no spines except for the leaf tip, often entire.[3][4]

The flowers are dioecious, white, four-lobed, and pollinated by bees. The fruit is a red drupe 6-10 mm diameter, containing four pits; although mature in late autumn, they are very bitter due to the ilicin content[5], and so are rarely touched by birds until late winter after frost has made them softer and more palatable.

An extract of European holly has led to a fatal drop in blood pressure in rats.[6]

The ilicin helps make them poisonous to people since it irritates the stomach and intestines, and other constituents render them harmful to the nervous system and heart. Ingestion of as few as twenty berries by adults can be fatal.[3][4]

Flowering occurs in May and June (2). Holly berries are a very important source of food for birds during winter (4), and birds assist in the dispersal of holly berries away from the parent tree (3). Holly may also spread by vegetative reproduction, by ‘runners’; furthermore, the tips of branches that touch the ground may take root, forming a bower around the trunk of the tree, which may be used by animals (and children) as a shelter (3). Unsurprisingly there is a rich wealth of folklore and custom surrounding this tree (3); the amount of berries produced is used as a means of divining whether there will be a harsh winter. A widespread and firmly held belief around Britain is that it is extremely bad luck to cut down a whole holly tree, although somewhat paradoxically, it is permitted to cut branches to bring into the house during winter (3). This belief has often led to hollies being retained even when the entire hedge to which they once belonged was destroyed. In many farming areas, holly has been given to livestock as winter browse, and this practice continues today. Holly wood was used to make horsewhips for many years, as it was thought to have ‘power over horses’. It was also believed to provide protection against fire (3). The most well-known holly-custom, however, is bringing boughs into the house in winter. Originally, holly was a fertility symbol because of the retention of the berries and shiny foliage throughout winter. It was also thought to protect a house from witchcraft and goblins. The pagan tradition of bringing holly indoors was accepted by Christianity; the spines of the leaves symbolising the crown of thorns, and the red berries representing the blood of Christ (3).