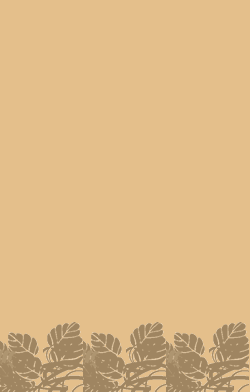 • Ailurus fulgens has a MOVE of 2.

• Red pandas have a wide range of vocalisations, the most peculiar of which is a ‘quack-snort.’

Cool, Warm
Graphic by Alexandria Neonakisalexneonakis.com/
Photo by Kelvin Blaskocommons.wikimedia.org/wiki/File:Red_Panda_NY.JPG
The red panda (Ailurus fulgens, or shining-cat), is a small arboreal mammal native to the eastern Himalayas and southwestern China.[2] It is the only species of the genus Ailurus. Slightly larger than a domestic cat, it has reddish-brown fur, a long, shaggy tail, and a waddling gait due to its shorter front legs. It feeds […] read more

The red panda (Ailurus fulgens, or shining-cat), is a small arboreal mammal native to the eastern Himalayas and southwestern China.[2] It is the only species of the genus Ailurus. Slightly larger than a domestic cat, it has reddish-brown fur, a long, shaggy tail, and a waddling gait due to its shorter front legs. It feeds mainly on bamboo, but is omnivorous and may also eat eggs, birds, insects, and small mammals. It is a solitary animal, mainly active from dusk to dawn, and is largely sedentary during the day.

The red panda has been classified as Vulnerable by IUCN because its population is estimated at fewer than 10,000 mature individuals. Although red pandas are protected by national laws in their range countries, their numbers in the wild continue to decline mainly due to habitat loss and fragmentation, poaching, and inbreeding depression.[2]

The head and body length of red pandas averages 56 to 63 cm (22 to 25 in), and their tails about 37 to 47 cm (15 to 19 in). Males weigh 3.7 to 6.2 kg (8.2 to 14 lb) and females 4.2 to 6.0 kg (9.3 to 13 lb).[5] They have long, soft reddish-brown fur on the upper parts, blackish fur on the lower parts, and a light face with tear markings and robust cranial–dental features. The light face has white badges similar to those of a raccoon, but each individual can have distinctive markings. Their roundish head has medium-sized upright ears, a black nose, and very dark eyes: almost pitch black. Their long bushy tail with six alternating yellowish red transverse ochre rings provides balance and excellent camouflage against its habitat of moss- and lichen-covered trees. The legs are black and short with thick fur on the soles of the paws. This fur serves as thermal insulation on snow-covered or ice surfaces and conceals scent glands which are also present on the anus.[6]

The red panda is specialized as a bamboo feeder with strong, curved and sharp semi-retractile claws [5] standing inward for grasping of narrow tree branches, leaves and fruit. Like the giant panda, it has a “false thumb” that is an extension of the wrist bone. When descending a tree headfirst, the red panda rotates its ankle to control its descent, one of the few climbing species to do so.[7]


The red panda is endemic to the temperate forests of the Himalayas, and ranges from the foothills of western Nepal to China in the east.[8] Its easternmost limit is the Qinling Mountains of the Shaanxi Province in China. Its range includes southern Tibet, Sikkim and Assam in India, Bhutan, the northern mountains of Myanmar, and in southwestern China, in the Hengduan Mountains of Sichuan and the Gongshan Mountains in Yunnan. It may also live in southwest Tibet and northern Arunachal Pradesh, but this has not been documented.

Red pandas are excellent climbers, and forage largely in trees. They eat mostly bamboo, and may eat small mammals, birds, eggs, blossoms, and berries. In captivity, they were observed to eat birds, blossoms, acer and morus leaves, bark and the fruits of acer, beech and morus.[5]

Like the Giant Panda, they cannot digest cellulose, so they must consume a large volume of bamboo to survive. Their diet consists of about two-thirds bamboo, but they also eat mushrooms, roots, acorns, lichen, and grasses. Occasionally, they supplement their diet with fish and insects. They do little more than eat and sleep due to their low-calorie diet.[citation needed]

Bamboo shoots are more easily digested than leaves, exhibiting the highest digestibility in summer and autumn, intermediate digestibility in the spring, and lowest digestibility in the winter. These variations correlate with the nutrient contents in the bamboo. Red pandas process bamboo poorly, especially the cellulose and cell wall components. This implies that microbial digestion plays only a minor role in their digestive strategy. In order to survive on this poor-quality diet, they have to eat the high-quality sections of the bamboo plant such as the tender leaves and shoots in large quantities, over 1.5 kilograms / 3.3 pounds of fresh leaves and 4 kilograms / 8.8 pounds of fresh shoots daily. This food passes through the digestive tract fairly rapidly (~2–4 hours) so as to maximize nutrient intake.[19] Red pandas can taste artificial sweeteners such as aspartame, the only known non-primate to be able to do so.[20]

The red panda is considered a living fossil and only distantly related to the Giant Panda (Ailuropoda melanoleuca). Their common ancestor can be traced back to the Early Tertiary Period tens of millions of years ago, with a wide distribution across Eurasia. Fossils of the red panda Parailurus anglicus have been unearthed from China in the east to Britain in the west.

Red pandas are predominately solitary, and are most active at dawn and dusk (5). They have semi-retractable claws, which allow them to be efficient climbers and when not foraging, pandas are usually found in the trees. Males occupy territories that overlap those of several females, especially in the mating season (4), and territories of both sexes are marked with anal secretions (5). Red pandas mate on the ground but the female gives birth, usually to two young, within a hollow tree nest cavity (5). Young are born blind and helpless, opening their eyes after 18 days; their coat is initially grey-buff in colour (5). Red pandas are one of the few animals whose diet is composed almost entirely on bamboo; they grasp stems with their forepaws and shear the leaves off with sharp teeth (4). Bamboo is poor in nutrients; to compensate, red pandas are only active for around 56 % of the day (4) and have an extremely slow metabolism, which is comparable to that of the sloth (7). Other foods such as roots and fruit as well as small lizards and bird’s eggs are also eaten (2). Red pandas have an ungainly walk on the ground but are much more agile in the trees, using their tail for balance although it is not prehensile; on the ground the tail is carried horizontally away from the body (5). After eating or resting the red panda will tend to groom itself thoroughly (5).

The classification of the red panda has caused continued controversy since it was first described in 1825 (1), due to similarities with both the bear family and the procyonids such as racoons (4). Today it is placed with the racoons, but in its own separate subfamily, the Ailurinae (4). The lustrous coat is a rich reddish brown colour on the back and black on the legs; longer coarse guard hairs cover the dense woolly undercoat, which provides warmth (4). The coat provides effective camouflage amongst the trees where branches are often swathed in reddish-brown moss (5).The face is rounded and predominantly white with reddish brown ‘tear marks’ running from the corner of each eye to the mouth (5). The long bushy tail is marked with 12 alternating red and buff rings and the soles of the feet are covered with thick white hair to provide warmth (5). Currently two subspecies of the red panda exist; Ailurus fulgens fulgens is smaller and lighter (especially in the facial region) than the related A. f. styani (6). Like the giant panda (Ailuropoda melanoleuca), red pandas also posses a modified wrist bone that acts as a sixth digit or thumb, although it is smaller than that of the better-known giant panda (4). Red pandas have a wide range of vocalisations, the most peculiar of which is a ‘quack-snort’ (4).