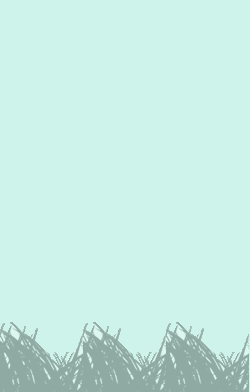 • Merops nubicoides has a FLIGHT of 2.

• Merops nubicoides is a highly sociable species, and can be found across sub-equatorial Africa.

Warm, Hot
Graphic by Teh-Aguaráteh-aguara.deviantart.com/
Photo by Tarique Sanifarm8.staticflickr.com/7142/6737971911_ebba99e3d2_o.jpg
The Southern Carmine Bee-eater (Merops nubicoides) (formerly Carmine Bee-eater) occurs across sub-equatorial Africa, ranging from KwaZulu-Natal and Namibia to Gabon, eastern Democratic Republic of the Congo and Kenya. This species, like other bee-eaters, is a richly coloured,striking bird, predominantly carmine in colouration, but with the crown and undertail coverts blue. Its usual habitat included low-altitude […] read more

This species, like other bee-eaters, is a richly coloured,striking bird, predominantly carmine in colouration, but with the crown and undertail coverts blue.

Its usual habitat included low-altitude river valleys and floodplains, preferring vertical banks suitable for tunneling when breeding, but readily digging vertical burrows in the level surface of small salt islands. This is a highly sociable species, gathering in large flocks, in or out of breeding season. They roost communally in trees or reedbeds, and disperse widely during the day. Nesting is at the end of a 1-2m long burrow in an earthen bank, where the lay from 2-5 eggs.

This is migratory species, spending the breeding season, between August and November, in Zimbabwe, before moving south to South Africa for the summer months, and the migrating to equatorial Africa from March to August.

Their diet is made up primarily of bees and other flying insects, and their major hunting strategy involves hawking flying insects from perch. Perches may include branches of vegetation or even the backs of large animals, such as the Kori Bustard. They are attracted to wildfires because of the flushed insects, and are often seen circling high in the air. It also eats rodents and lizards.

They circle larger animals and even cars to catch the insects that try to escape.

This species has an extremely large range, and hence does not approach the thresholds for Vulnerable under the range size criterion (Extent of Occurrence 30% decline over ten years or three generations).


The population size has not been quantified, but it is not believed to approach the thresholds for Vulnerable under the population size criterion (10% in ten years or three generations, or with a specified population structure). For these reasons the species is evaluated as Least Concern.