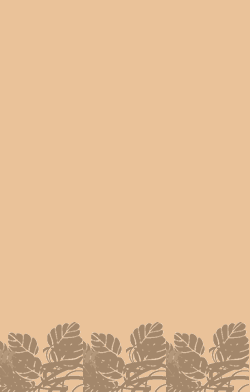 3 POINTS
• Polistes annularis has a MOVE of 2
• Polistes annularis forms its papery nests in trees, shrubs and some buildings.
Cool, Warm
Graphic by Jacqueline Raejacquelinerae.deviantart.com/
Photo by Kittenwantswww.flickr.com/people/kittenwants/
Paper wasps are 3⁄4 to 1 inch (1.9 to 2.5 cm)-long wasps that gather fibers from dead wood and plant stems, which they mix with saliva, and use to construct water-resistant nests made of gray or brown papery material. Paper wasps are also sometimes called umbrella wasps, due to the distinctive design of their nests[1] […] read more

Paper wasps are 3⁄4 to 1 inch (1.9 to 2.5 cm)-long wasps that gather fibers from dead wood and plant stems, which they mix with saliva, and use to construct water-resistant nests made of gray or brown papery material. Paper wasps are also sometimes called umbrella wasps, due to the distinctive design of their nests[1] or other regional variants such as Trinidad & Tobago‘s use of Jack Spaniard.[2]

The name “paper wasps” typically refers to members of the vespid subfamily Polistinae, though it often colloquially includes members of the subfamilies Vespinae (hornets and yellowjackets) and Stenogastrinae, which also make nests out of paper. Twenty-two species of Polistes paper wasps have been identified in North America and approximately 300 species have been identified worldwide. The Old World tribe Ropalidiini contains another 300 species, and the Neotropical tribes Epiponini and Mischocyttarini each contain over 250 more, so the total number of true paper wasps worldwide is about 1100 species, nearly half of which can be found in the Neotropics.

The nests of most true paper wasps are characterized by having open combs with cells for brood rearing, and a petiole, or constricted stalk, that anchors the nest (see image, right).[3] Paper wasps secrete a chemical which repels ants, which they spread around the base of the anchor to prevent the loss of eggs or brood.

Most social wasps of the family Vespidae make nests from paper; although some stenogastrine species, such as Liostenogaster flavolineata, use mud. A small group of eusocial crabronid wasps, of the genus Microstigmus (the only eusocial wasps outside the family Vespidae), also construct nests out of chewed plant fibers, though the nest consistency is quite different from those of true paper wasps, due to the absence of wood fibers, and the use of silk to bind the fibers.[4]

Unlike yellowjackets and hornets, which can be very aggressive, polistine paper wasps will generally only attack if they themselves or their nest are threatened.[5] Since their territoriality can lead to attacks on people, and because their stings are quite painful and can produce a potentially fatal anaphylactic reaction in some individuals, nests in human-inhabited areas may present an unacceptable hazard.[6]

Most wasps are beneficial in their natural habitat, and are critically important in natural biocontrol.[3] Paper wasps feed on nectar, and other insects, including caterpillars, flies, and beetle larvae, and they are often considered to be beneficial by gardeners.[6]

A recent study which was conducted at the University of Michigan in Ann Arbor shows that paper wasps show the same facial recognition abilities, which are common mostly with humans or chimps.This particular species of wasp is unique in that it has extremely variable facial patterns from member to member. Paper wasps’ brains are tuned to recognize faces of their own species.

Unusually for a North American Polistes, P. annularis shows little sexual dimorphism in coloration.It resembles Polistes metricus, which differs from P. annularis in a number of ways, including the coloration of the antennae and thorax. The forewings are 18.5–23.5 mm (0.73–0.93 in) long in females, and 17.5–19.5 mm (0.69–0.77 in) long in males.

There is geographical variation in coloration between northern and southern populations. In the north, the thorax P. annularis has ferruginous (rust-red) markings on a predominantly black background, while in the south, the thorax is mostly ferruginous, with black markings. The legs also vary from black to ferruginous.

Polistes annularis is found across the eastern United States from New York to Florida, and west to South Dakota to Texas.[1]

Polistes annularis forms its nests on the branches of trees and shrubs as well as in sheltered parts of some buildings. The nests differ markedly from those of other species in the genus Polistes. They are much larger, with around 500 cells, and are wide, rather than the slender, elongate nests seen in some other species.[2]