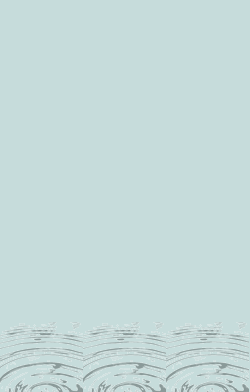 Sorry, there is no photo available. If you have one, please submit here .
Animalia, Mollusca, Actinopterygii

• Polypterus enlicheri has a MOVE of 2.

• Polypterus enlicheri has poor eyesight. It primarily hunts by smell.

Cool, Warm
Graphic by Yukiko Fujiwarawww.cdb.riken.go.jp/en/05_development/0506_piccard05.html
The body is long and about as deep as it is wide. A serrated dorsal fin runs along most of the body until it meets the caudal fin. The pectoral fins attach just behind and below the gill openings and are the primary means of locomotion, providing a slow, graceful appearance. The pattern of the […] read more
Sorry, there is no photo available. If you have one, please submit here.

The body is long and about as deep as it is wide. A serrated dorsal fin runs along most of the body until it meets the caudal fin. The pectoral fins attach just behind and below the gill openings and are the primary means of locomotion, providing a slow, graceful appearance. The pattern of the fish consists of irregular vertical bands along the flanks of the fish, that do not extend completely onto the ventral surface. They are normally a whitish-yellow colour, but are availabe in an albino and platinum colour morph. In the wild colour morph black spots are seen on and around the head, body and caudal fin. This ia ‘lower jaw’ polypterus, and thus has a prominent lower jaw that is longer than the upper jaw.

P. endlicheri endlicheri is one of the larger Polypterus species attaining a record maximum size of 30″

The head is small and lizard-like with a large gaping mouth and small eyes on either side. Since its eyesight is poor the bichir primarily hunts by smell. External nostrils protrude from the nose of the fish to enable this.

The fish has a pair of primitive lungs instead of a swim bladder, allowing it to periodically gulp air from the surface of the water. In the aquarium bichirs can be observed dashing to the surface for this purpose. Provided the skin remains moist, the creature can remain out of the water for near indefinite periods of time.

Bichirs are predatory fish and in captivity will take any live or dead animal that can be swallowed or broken apart and then swallowed. The only thing preventing a bichir from emptying an aquarium of smaller fish is its speed; the pectoral fins only allow for slow cruising, and while it can achieve amazing bursts of speed, it can’t catch fish of average speed. Given enough time, any fish that can fit in the bichir’s mouth will be eaten; this fish should not be kept with any other fish smaller than eight inches. It has been known to eat fish as large as themselves.

Bichirs require a lot of floor space; the height of the tank doesn’t matter. You should note that since these specimens can grow over 29″ long, they should be kept in a 150+ gallon tank. There should be a gap of air in the tank allowing the bichir to gulp air, the tank can’t be full of water. Bichirs are escape artists. Without a secure lid on an aquarium, the fish will eventually escape, and go quite a long distance before drying out and dying.

Bichirs will also take dry foods such as shrimp pellets and occasionally cichlid pellets as well as flakes. They will readily accept frozen bloodworms, blackworms, and other frozen foods. They will also accept earthworms. Take care to wash the worms after collecting them, and make sure no pesticides have been recently spread.