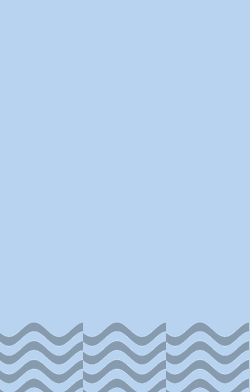 • Rhincodon typus has a MOVE of 2.

• Rhincodon typus is a FILTER FEEDER, and needs to be played adjacent to at least 1 compatible PLANKTON SPECIES.

warm
Graphic by Maki Narosci-ence.org
Photo by wikicommons.wikimedia.org/wiki/File:Male_whale_shark_at_Georgia_Aquarium.jpg
The whale shark, Rhincodon typus, is a slow-moving filter feeding shark and the largest extant fish species. The largest confirmed individual had a length of 12.65 metres (41.50 ft) and a weight of more than 21.5 tonnes (47,000 lb), and there are unconfirmed reports of considerably larger whale sharks. Claims of individuals over 14 metres (46 ft) long and weighing at least […] read more

The whale shark, Rhincodon typus, is a slow-moving filter feeding shark and the largest extant fish species. The largest confirmed individual had a length of 12.65 metres (41.50 ft) and a weight of more than 21.5 tonnes (47,000 lb), and there are unconfirmed reports of considerably larger whale sharks. Claims of individuals over 14 metres (46 ft) long and weighing at least 30 tonnes (66,000 lb) are not uncommon. The whale shark is the sole member of the genus Rhincodon and the family, Rhincodontidae (called Rhiniodon and Rhinodontidae before 1984), which belongs to the subclass Elasmobranchiiin the class Chondrichthyes. The species originated approximately 60 million years ago.

The whale shark is found in tropical and warm oceans and lives in the open sea with a lifespan of about 70 years.[3]Although whale sharks have very large mouths, as filter feeders they feed mainly, though not exclusively, on plankton, which are microscopic plants and animals. However, the BBC program Planet Earth filmed a whale shark feeding on a school of small fish. The same documentary showed footage of a whale shark timing its arrival to coincide with the mass spawning of fish shoals and feeding on the resultant clouds of eggs and sperm.[1]

The species was distinguished in April 1828 after the harpooning of a 4.6 metres (15.1 ft) specimen in Table Bay, South Africa. Andrew Smith, a military doctor associated with British troops stationed in Cape Town, described it the following year.[4] The name “whale shark” comes from the fish’s physiology, being as large as many whales[5] and also a filter feeder like many whale species.

The whale shark inhabits all tropical and warm-temperate seas. They are known to migrate every spring to the continental shelf of the central west coast of Australia. The coral spawning of the area’s Ningaloo Reef provides the whale shark with an abundant supply of plankton. Primarily pelagic, seasonal feeding aggregations occur at several coastal sites such as the southern and eastern parts of South Africa; Gladden Spit in Belize; Ningaloo Reef in Western Australia; Great Rann of Kutch in India; Útila in Honduras; Donsol, Pasacao and Batangas in the Philippines; off Isla Mujeres and Isla Holbox inYucatan, Mexico; Ujung Kulon National Park in Indonesia; Nosy Be in Madagascar Off Tofo Reef near Inhambane in Mozambique, and the Tanzanian islands of Mafia, Pemba, Zanzibar and, very rarely, Eilat, Israel. Although typically seen offshore, it has been found closer to land, entering lagoons or coral atolls, and near the mouths of estuaries and rivers. Its range is generally restricted to about ±30° latitude. It is capable of diving to depths of at least 1,286 metres (4,219 ft),[citation needed] and is migratory.[3] On 7 February 2012, a large whale shark was found floating 150 kilometres (93 mi) off the coast of Karachi, Pakistan. The length of the specimen was said to be between 11 and 12 metres (36 and 39 ft), with a weight of around 7,000 kilograms (15,000 lb).[6][7]

In 2011 the largest aggregation of whale sharks ever recorded was reported from the Yucatan coast of Mexico, in which more than 400 animals gathered in one place to feed on spawn from the little tunny, Euthynnus alletteratus.[8]

As a filter feeder it has a capacious mouth which can be up to 1.5 metres (4.9 ft) wide and contains 10 filter pads and between 300 and 350 rows of tiny teeth.[9] It has five large pairs of gills. Two small eyes are located towards the front of the shark’s wide, flat head. The body is mostly grey with a white belly; three prominent ridges run along each side of the animal and the skin is marked with a “checkerboard” of pale yellow spots and stripes. These spots are unique to each individual and are useful for counting populations. Its skin can be up to 10 centimetres (3.9 in) thick. The shark has a pair each of dorsal fins and pectoral fins. Juveniles’ tails have a larger upper than lower fin while the adult tail becomes semi-lunate (crescent-shaped). Spiracles are just behind the eyes.