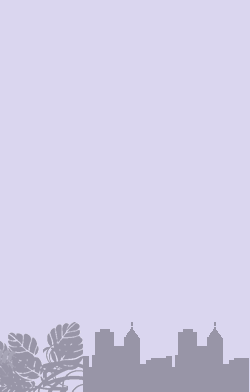 Sorry, there is no photo available. If you have one, please submit here .
Plantae, Angiosperms, Monocots

• Cattleya labiata has a SPREAD of 2.

• Cattleya labiata is an epiphyte: it grows on trees and rocks.

Warm
Graphic by Joel Carlsonzazzle.com/joeyartist
Cattleya (pronounced /ˈkætliː.ə/)[1] is a genus of 113 species of orchids from Costa Rica to tropical South America. The genus was named in 1824 by John Lindley after Sir William Cattley[2] who received and successfully cultivated specimens of Cattleya labiata that were used as packing material in a shipment of other orchids made by William Swainson. The genus is abbreviated C in […] read more
Sorry, there is no photo available. If you have one, please submit here.

Cattleya (pronounced /ˈkætliː.ə/)[1] is a genus of 113 species of orchids from Costa Rica to tropical South America. The genus was named in 1824 by John Lindley after Sir William Cattley[2] who received and successfully cultivated specimens of Cattleya labiata that were used as packing material in a shipment of other orchids made by William Swainson. The genus is abbreviated C in trade journals.

They are widely known for their large, showy flowers, and were used extensively in hybridization for the cut-flower trade until quite recently. This genus and the numerous hybrids come close, through their beauty, to the idealized picture we have of the orchids. The flowers of the hybrids can vary in size from 5 cm to 15 cm or more. They occur in all colors except true blue and black.

The typical flower has three rather narrow sepals and three usually broader petals : two petals are similar to each other, and the third is the quite different conspicuous lip, featuring various markings and specks and an often frilly margin. At the base, the margins are folded into a tube. Each flower stalk originates from a pseudobulb. The number of flowers varies; it can be just one or two, or sometimes up to ten. Cattleya orchids are among the most familiar orchids in the world. The genus includes roughly 50 known species, all native to the New World tropics, but an enormous number of hybrid forms have been produced as well, both by crossing different Cattleya species with each other and by crossing Cattleya species with species in related genera. Cattleya are epiphytes, growing on trees or rocks. Like many epiphytic orchids, cattleyas have water-storage organs (known as “pseudobulbs”) and large, fleshy roots with a spongy, water-retaining covering.Cattleya flowers are showy and long-lasting and often very fragrant. The flowers of the largest modern hybrids can exceed eight inches in diameter, while the smallest hybrids have flowers of just two to three inches, often exceeding the size of the plant. For most of the second half of the 20th century, and to some degree still, Cattleya was the “standard” orchid to which other orchids were compared by growers. (Fitch 2004; Banks 2005; Cattleya Source website)

Well into the early 1800s, epiphytic orchids were widely (and erroneously) believed to be parasitic on the trees on which they were found, feeding on their sap, leading to the persistent failure of many efforts to bring beautiful new orchids into cultivation. By the time cattleyas were being imported from their native lands in significant numbers, however, the challenges of growing these orchids had already been largely resolved. (Chadwick and Chadwick 2006)

By the mid-19th century, Cattleya orchids were extremely popular with orchid hobbyists in Europe–and quickly became big business as well. In the 1920s, Lewis Knudson, an American researcher, developed a sterile growing technique that dramatically reduced seedling mortality and represented an enormous efficiency improvement for commercial growers. Cattleyas became an important source of cut flowers for florists in the U.S., as they had been for some years in Europe, where the use of these expensive flowers was a status symbol. In the 1930s and 1940s in the U.S., Cattleya orchids replaced camellias and gardenias as the classic flowers for use in corsages. By the 1950s, however, Cymbidium orchids were replacing cattleyas for use in corsages. Cymbidiums were longer-lasting and were smaller and more compact, yet still large enough to make a corsage from a single flower. They also traveled better and were less expensive to grow. In fact, cymbidiums were so much cheaper than cattleyas that the cattleya market for corsages faded away. However, cymbidiums became so cheap that their glamour quickly faded and the market for orchid corsages in general declined. Although the orchid corsage market was much diminished, the second half of the 20th century saw an explosion in orchid breeding for the cut flower industry and orchid hobbyists. In the 1960s, a new, far more efficient, method of cloning orchids was developed in France, dramatically reducing the cost of propagating new and unusual varieties. Today, cattleyas are available in a dazzling array of colors, sizes, shapes, textures, and fragrances, although many of the fine old varieties are no longer commercially available. (Chadwick and Chadwick 2006)