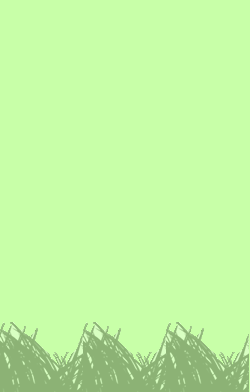 • The American Bison is one of the largest land mammals in North America.

Cold, Cool, Warm
Graphic by Martha Isermanwww.bigredsharks.com
Photo by Thimindu Goonatillakewww.flickr.com/people/thimindu/
The American bison (Bison bison), also commonly known as the American buffalo, is a North Americanspecies of bison that once roamed the grasslands of North America in massive herds. Their range once roughly comprised a triangle between the Great Bear Lake in Canada‘s far northwest, south to the Mexican states ofDurango and Nuevo León, and east along the western boundary of the Appalachian Mountains.[2] Because ofcommercial […] read more

The American bison (Bison bison), also commonly known as the American buffalo, is a North Americanspecies of bison that once roamed the grasslands of North America in massive herds. Their range once roughly comprised a triangle between the Great Bear Lake in Canada‘s far northwest, south to the Mexican states ofDurango and Nuevo León, and east along the western boundary of the Appalachian Mountains.[2] Because ofcommercial hunting and slaughter in the 19th century, the bison nearly went extinct and is today restricted to a few national parks and other reserves.

A bison has a shaggy, long, dark brown winter coat, and a lighter weight, lighter brown summer coat. As is typical in ungulates, the male bison are slightly larger than the female. Plains bison are often in the smaller range of sizes, and Wood bison in the larger range. Head-and-body length ranges from 2 to 3.5 m (6.6 to 11.5 ft) long, the tail adding 30 to 91 cm (12 to 36 in). Shoulder height in the species can range from 152 to 186 cm (60 to 73 in). Typical weight can range from 318 to 1,000 kg (700 to 2,200 lb). The heaviest wild bull ever recorded weighed 1,270 kg (2,800 lb). When raised in captivity and farmed for meat, the bison can grow unnaturally heavy and the largest semi-domestic bison weighed 1,724 kg (3,800 lb). The heads and forequarters are massive, and both sexes have short, curved horns that can grow up to 2 feet (61 cm) long, which they use in fighting for status within the herd and for defense.

Bison are herbivores, grazing on the grasses and sedges of the North American prairies. Their daily schedule involves two-hour periods of grazing, resting and cud chewing, then moving to a new location to graze again. Bison mate in August and September; gestation is 285 days. A single reddish-brown calf nurses until the next calf is born. If the cow is not pregnant, a calf will nurse for 18 months. Bison cows are mature enough to produce a calf at 3 years of age. Bison bulls may try to mate with cows at 3 years of age, but if more mature bulls are present, they may not be able to compete until they reach 5 years of age. Bison have a life expectancy of approximately 15 years in the wild and up to 25 years in captivity.

For the first two months of life, calves are lighter in color than mature bison. One very rare condition is the white buffalo, in which the calf turns entirely white. White bison are considered sacred by many Native Americans.

Bison are migratory and herd migrations can be directional as well as altitudinal in some areas. Bison have usual daily movements between foraging sites during the summer. In a montane valley, bison have been recorded traveling, on average, 3.2 km a day. The summer ranges of bison appear to be influenced by seasonal vegetation changes, interspersion and size of foraging sites, the rut and the number of biting insects. The size of preserve and availability of water may also be a factor. Bison are largely grazers, eating primarily grasses and sedges. On shortgrass pasture, bison predominately consume warm season grasses. On mixed prairie, it appears that cool season grasses, including some sedges, compose 79-96% of their diet. In montane and northern areas, sedges are selected throughout the year.

Bison herds have dominance hierarchies that exist for both males and females. A bison’s dominance is related to its birth date. Bison born earlier in the breeding season are more likely to be larger and more dominant as adults. Thus bison are able to pass on their dominance to their offspring as dominant bison breed earlier in the season. In addition to dominance, the older bison of a generation also have a higher fertility rate than the younger ones. Cows nurse their calves for at least 7 or 8 months but most calves seem to be weaned before the end of their first year.

The American Bison’s recovery from near extinction parallels what happened to the European Bison, Bison bonasus. Once abundant and widespread in northern latitudes, their decline in several countries since the 6th century has been documented. The last wild populations in Poland and the Caucasus Mountains became extinct early in the 20th century. They now exist as managed, reintroduced populations in Poland, Russia, and the Caucasus. In North America, the wild population once numbered in the tens of millions. The herds were gradually being reduced by hunting pressures before the Civil War, and after the war, with westward expansion, American Bison were pushed almost to extinction. In the 1880s, when only 541 animals were counted, conservation efforts began in earnest. Now there are more than 150,000 animals, 90 percent of which live on private lands. Bison graze on prairie grasses, roaming in herds of thousands of individuals. They, Brown Bears, and Moose are the largest land mammals in North America.

At one time, bison were widespread from Alaska to northern Mexico (Meagher, 1986). Wholesale slaughter of bison herds caused the extermination of wild bison from the major part of their former range until recently. Bison are now found on private and protected lands in areas of the western United States and Canada (National Bison Association, 2002). Most prominent of those herds are those of Yellowstone National Park in Wyoming and Wood Buffalo Park, Northwest Territory, Canada (Honacki, 1982).