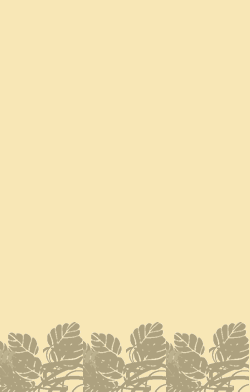 • Syma megarhyncha has a MOVE of 2.

• Syma megarhyncha is found in Papua New Guinea and Indonesia.

Cool, Warm, Hot
Graphic by turtle-rnturtle-rn.deviantart.com/
The Mountain Kingfisher (Syma megarhyncha) is a species of bird in the Alcedinidae family. It is found in Indonesia and Papua New Guinea. Its natural habitats are subtropical or tropical moist lowland forests and subtropical or tropical moist mountains. All kingfishers are short-tailed large-headed compact birds with long pointed bills. Like other Coraciiformes, they are […] read more
Sorry, there is no photo available. If you have one, please submit here.

All kingfishers are short-tailed large-headed compact birds with long pointed bills. Like other Coraciiformes, they are brightly coloured.

When perched, kingfishers sit quite upright, and the flight is fast and direct. The call is typically a simple high-pitched squeak, often given in flight.

River kingfishers are monogamous and territorial. The pair excavates a burrow in an earth bank and lays two or more white eggs onto the bare surface. Both parents incubate the eggs and feed the chicks.[5] Egg laying is staggered at one-day intervals so that if food is short only the older larger nestlings get fed. The chicks are naked, blind and helpless when they hatch, and stand on their heels, unlike any adult bird.[7]

The small Ceyx and Ispidina species feed mainly on insects and spiders, but also take tadpoles, frogs and mayfly nymphs from puddles. The will flycatch, and their red bills are flattened to assist in the capture of insects. The Alcedo kingfishers are typically fish-eaters with black bills, but will also take aquatic invertebrates, spiders and lizards. A few species are mainly insectivorous and have red bills. Typically fish are caught by a dive into the water from a perch, although the kingfisher might hover briefly.[4]

The river kingfishers or Alcedinidae, are one of the three families of bird in the kingfisher group. The Alcedinidae once included all kingfishers, before the widespread recognition of Halcyonidae (tree-kingfishers) and Cerylidae (water-kingfishers). The family is widespread through Africa, through east and south Asia as far as Australia, with one species, the Common Kingfisher (Alcedo atthis) also appearing in Europe and northern Asia. The origin of the family is thought to have been in Asia.

These are brightly plumaged compact birds with short tails, large heads and long bills. They feed on insects or fish, and lay white eggs in a self-excavated burrow. Both adults incubate the eggs and feed the chicks.