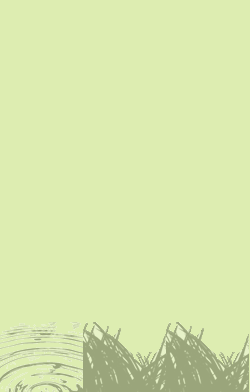 • Pelophylax Lessonae has a MOVE of 2.

• Pelophylax Lessonae is common in Poland, the Baltic Republics, Moldova, Russia and the Ukraine.

Cool, Warm
Graphic by Martha Isermanwww.bigredsharks.com
Photo by Piet Spaansen.wikipedia.org/wiki/File:RanaLessonae1.JPG
The Pool Frog (Pelophylax lessonae) is a European frog. It is one of only four amphibian species recognized by the UK government as protected under its Biodiversity Action Plan. The reasons for declining populations are decreased pond habitat from human encroachment and also air pollution leading to over-nitrification of pond waters. Its specific name was […] read more

The Pool Frog (Pelophylax lessonae) is a European frog. It is one of only four amphibian species recognized by the UK government as protected under its Biodiversity Action Plan. The reasons for declining populations are decreased pond habitat from human encroachment and also air pollution leading to over-nitrification of pond waters. Its specific name was chosen by the Italian herpetologist Lorenzo Camerano in order to honour his master Michele Lessona.

The Pool Frog has not always been recognised as a native British species. Part of the reason for this is that other similar species are known to have been introduced. However research has now shown that a native origin is most likely.

The Herpetological Conservation Trust website states that “The Pool Frog is a European frog and was formerly recorded from two sites in East Anglia although it was lost from one of these in the middle of the 19th century. It was presumed extinct in the wild at the last remaining site by 1995. A single individual known from this population survived in captivity until 1999. Other populations have become established in the UK and it is known that some of these included individuals of British origin in their founding stock.”

An English Nature reintroduction project is underway in Breckland.

—
The Pool Frog is distributed over much of Europe, ranging as far east as the southern Ural Mountains of Russia. It is absent from the Iberian Peninsula (except for introductions to Spain in Cáceres [Villasbuenas de Gata] and unspecified localities in Galicia, Cataluña and Comunidad Valenciana), much of Scandinavia, central and southern Italy (exact distribution not known but thought to be replaced by P. bergeri) and it is absent from the Balkans. There are two isolated relict populations – one near Oslo (Norway) and Uppland (Sweden) north of Stockholm. It is native (formerly extirpated) to the British Isles and has been recently reintroduced from Sweden. It might occur up to 1,550m asl in southern parts of its range.
It is present in deciduous and mixed forests, forest steppe, steppe, bush lands (e.g. riparian alder groves), meadows, fields and fens. It may often be found in shallow stagnant waterbodies (usually without fish) such as lakes, ponds, swamps, large puddles, clay and gravel pits, and ditches, often covered with dense herbaceous vegetation. It breeds in these wetlands, but may be found hibernating away from waterbodies. It is not very adaptable, but can occur in slightly modified habitats.
Although this species is reported to be declining over much of its European range (Gasc et al., 1997), it remains widespread and common in Poland, the Baltic Republics, Moldova, Russia and the Ukraine.
It is threatened by habitat loss through agricultural intensification and urbanization, channelization of waterbodies, drainage and pollution of wetlands, and the introduction of predatory fishes to breeding sites. It is additionally threatened by afforestation (in northern parts of the range) and competition with the larger sympatric R. ridibunda. The frog-leg trade (which is increasing) and high levels of pollution are leading to significant declines in populations within Yugoslavia (Dzukic, 1996; Ljubisavljevic et al. 2003).
(From EOL, 3 October 2011)
Selected Cards