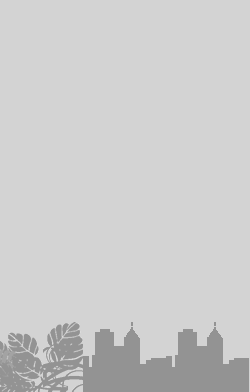 • Turdus migratorius has a FLIGHT of 2.

Cool, Warm
Graphic by Ashley Reynoldsgummipwns.deviantart.com/
The American Robin or North American Robin[2] (Turdus migratorius) is a migratory songbird of the thrush family. It is named after the European Robin[3]because of its reddish-orange breast, though the two species are not closely related, with the European robin belonging to the flycatcher family. The American Robin is widely distributed throughout North America, wintering […] read more
Sorry, there is no photo available. If you have one, please submit here.

The American Robin or North American Robin[2] (Turdus migratorius) is a migratory songbird of the thrush family. It is named after the European Robin[3]because of its reddish-orange breast, though the two species are not closely related, with the European robin belonging to the flycatcher family. The American Robin is widely distributed throughout North America, wintering south of Canada from Florida to central Mexico and along the Pacific Coast. It is the state birdof Connecticut, Michigan, and Wisconsin.[4] It has seven subspecies, but only T. m. confinis in the southwest is particularly distinctive, with pale gray-brown underparts.

The American Robin is active mostly during the day and assembles in large flocks at night. Its diet consists of invertebrates (such as beetle grubs andcaterpillars), fruits and berries. It is one of the earliest bird species to lay eggs, beginning to breed shortly after returning to its summer range from its winter range. Its nest consists of long coarse grass, twigs, paper, and feathers, and is smeared with mud and often cushioned with grass or other soft materials. It is among the first birds to sing at dawn, and its song consists of several discrete units that are repeated.

The adult robin is preyed upon by hawks, cats and larger snakes, but when feeding in flocks, it can be vigilant and watch other birds for reactions to predators.Brown-headed Cowbirds lay eggs in robin nests (see brood parasite), but robins usually reject the cowbird eggs.

The nominate subspecies of the American Robin is 23–28 centimeters (10–11 in) long with a wingspan ranging from 31–41 centimeters (12.2–16 in), and averages about 77 grams (2.7 oz) in weight.[12] The head varies from jet black to gray, with white eye arcs and white supercilia.[13] The throat is white with black streaks, and the belly and undertail coverts are white. The Robin has a brown back and a reddish-orange breast, varying from a rich red maroon to peachy orange.[12] The bill is mainly yellow with a variably dark tip, the dusky area becoming more extensive in winter, and the legs and feet are brown.[13]

The sexes are similar, but the female tends to be duller than the male, with a brown tint to the head, brown upperparts and less bright underparts. However, some birds cannot be safely sexed on plumage alone.[7] The juvenile is paler in color than the adult male and has dark spots on its breast,[12] and whitish wing coverts.[13] First-year birds are not easily distinguishable from adults, but they tend to be duller, and a small percentage retains a few juvenile wing coverts or other feathers.[13]

This bird breeds throughout most of North America, from Alaska and Canada southward to northern Florida and Mexico.[14] While Robins occasionally overwinter in the northern part of the United States and southern Canada,[12] most migrate to winter south of Canada from Florida and the Gulf Coast to central Mexico, as well as along the Pacific Coast.[14] Most depart south by the end of August and begin to return north in February and March (exact dates vary with latitude and climate). Despite being depicted in the film Mary Poppins “feathering its nest” in London,[15] this species is actually a rare vagrant to western Europe, where the majority of records, more than 20, have been in Britain.[7] In autumn 2003, migration was displaced eastwards leading to massive movements through the eastern US, and presumably this is what led to no fewer than three American Robins being found in Britain, with two attempting to overwinter in 2003–2004,[16] although one was taken by a Sparrowhawk.[17][18] The most recent sighting in Britain occurred in January 2007.[19]

The American Robin’s breeding habitat is woodland and more open farmland and urban areas. It breeds only rarely in the southern United States and there prefers large shade trees on lawns.[20] Its winter habitat is similar but includes more open areas.[7]

The American Robin is active mostly during the day, and on its winter grounds it assembles in large flocks at night to roost in trees in secluded swamps or dense vegetation. The flocks break up during the day when the birds feed on fruits and berries in smaller groups. During the summer, the American Robin defends a breeding territory and is less social.[12]

The American Robin’s diet generally consists of around 40 percent invertebrates, such as beetle grubs, caterpillars and grasshoppers, and 60 percent wild and cultivated fruits and berries.[12] They will flock to fermented Pyracantha berries, and in sufficient quantities will exhibit intoxicated behavior such as falling over while walking. It forages primarily on the ground for soft-bodied invertebrates, and finds worms by sight, pouncing on them and then pulling them up.[14]Nestlings are fed mainly on worms and other soft-bodied animal prey. In some areas, Robins, particularly of the coastal race T. m. caurinus will feed on beaches, taking insects and small mollusks.[7]

American robins are important as prey items to their predators because there are so many of them. They also act to control some insect populations and to disperse the seeds of the fruits they eat. (Sallabanks and James, 1999)

Soon after hatching nestlings begin to beg for food by chirping. Adult American robins use chirping or chucking to warn of the presence of a predator. Males begin to sing in the late winter and early spring. This song is a familiar sound in the springtime and sounds something like ‘cheerily, cheer up, cheer up, cheerily, cheer up.’ American robins sing frequently throughout the day, but particularly early in the morning. They most often sing from a perching spot high in a tree. (Sallabanks and James, 1999)