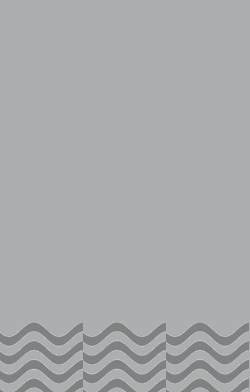 • Carcharodon carcharias has a MOVE of 2.

Cool, Warm
Graphic by Martha Isermanwww.bigredsharks.com
Photo by Terry Grossen.wikipedia.org/wiki/User:Pterantula
The great white shark, scientific name Carcharodon carcharias, also known as the great white, white pointer, white shark, or white death, is a large lamniform shark found in coastal surface waters in all major oceans. The great white shark is known for its size, with the largest individuals known to have approached or exceeded 6 […] read more

The great white shark, scientific name Carcharodon carcharias, also known as the great white, white pointer, white shark, or white death, is a large lamniform shark found in coastal surface waters in all major oceans. The great white shark is known for its size, with the largest individuals known to have approached or exceeded 6 metres (20 ft) in length,[3] and 2,268 kilograms (5,000 lb) in weight.[4] This shark reaches maturity at around 15 years of age and can have a life span of over 30 years.

The great white shark is arguably the world’s largest known extant macropredatory fish and is one of the primary predators of marine mammals. It is also known to prey upon a variety of other marine animals including fish, pinnipeds, and seabirds. It is the only known surviving species of its genus, Carcharodon, and is ranked first in a list of number of recorded attacks on humans.[5][6][7] The IUCN treats the great white shark as vulnerable,[2] while it is included in Appendix II of CITES.[8]

Great white sharks live in almost all coastal and offshore waters which have water temperature between 12 and 24 °C (54 and 75 °F), with greater concentrations in the United States (Atlantic Northeast and California), South Africa, Japan, Australia (especially New South Wales and South Australia), New Zealand, Chile, and the Mediterranean.[12] One of the densest known populations is found around Dyer Island, South Africa where much shark research is conducted.

It is an epipelagic fish, observed mostly in the presence of rich game like fur seals, sea lions, cetaceans, other sharks, and large bony fish species. In the open ocean it has been recorded at depths as great as 1,220 m (4,000 ft).[13] These findings challenge the traditional notion about the great white as being a coastal species.[13]

Great white sharks, like all other sharks, have an extra sense given by the Ampullae of Lorenzini, which enables them to detect the electromagnetic field emitted by the movement of living animals. Every time a living creature moves it generates an electrical field and great whites are so sensitive they can detect half a billionth of a volt. Even heart beats emit a very faint electrical pulse. If close enough, the shark can detect even that faint electrical pulse. Most fish have a less-developed but similar sense using their body’s lateral line.

To more successfully hunt fast and agile prey such as sea lions, the great white has adapted to maintain a body temperature warmer than the surrounding water. One of these adaptations is a “rete mirabile” (Latin for “wonderful net”). This close web-like structure of veins and arteries, located along each lateral side of the shark, conserves heat by warming the cooler arterial blood with the venous blood that has been warmed by the working muscles. This keeps certain parts of the body (particularly the stomach) at temperatures up to 14°C (25°F)[26] above that of the surrounding water, while the heart and gills remain at sea-temperature. When conserving energy the core body temperature can drop to match the surroundings. A great white shark’s success in raising its core temperature is an example of gigantothermy. Therefore, the great white shark can be considered an endothermic poikilotherm, because its body temperature is not constant but is internally regulated.

A 2007 study from the University of New South Wales in Sydney, Australia, used CT scans of a shark’s skull and computer models to measure maximum bite force. The study reveals the forces and behaviors its skull is adapted to handle and resolves competing theories about its feeding behaviour.[27] In 2008, a team of scientists led by Stephen Wroe conducted an experiment to determine great white shark’s jaw power and findings indicated that a specimen more than 6.1 m (20 ft) long could exert a bite force of over 18,000 newtons (4,000 lbf).[20]

This shark’s behavior and social structure is not well understood. In South Africa, white sharks have a dominance hierarchy depending on size, sex and squatter’s rights: Females dominate males, larger sharks dominate smaller sharks, and residents dominate newcomers. When hunting, great whites tend to separate and resolve conflicts with rituals and displays.[28] White sharks rarely resort to combat although some individuals have been found with bite marks that match those of other white sharks. This suggests that when another shark approaches too closely, great whites react with a warning bite. Another possibility is that white sharks bite to show dominance.

Little is known about great white shark behaviour in the way of mating habits. Birth has never been observed, but pregnant females have been examined. Great white sharks are ovoviviparous (eggs develop and hatch in the uterus, and continue to develop until birth). [39] The great white has an 11 month gestation period. The shark pup’s powerful jaws begin to develop in the first month. The unborn sharks participate in intrauterine-cannibalism: stronger pups consume their weaker womb-mates. Delivery is in spring and summer.

Almost nothing is known about mating behavior. Some evidence points to the near-soporific effect of a large feast (such as a whale carcass) possibly inducing mating.[40]

Although the great white is typically regarded as an apex predator in the wild, it is in rare cases, preyed upon by the larger orca (also known as a killer whale). Interspecific competition between the great white shark and the orca is probable in regions where dietary preferences of both species may overlap.[35] An incident was documented on October 4, 1997 in the Farallon Islands off California—an estimated 4.7–5.3-metre (15–17 ft) female orca immobilized an estimated 3–4-metre (9.8–13 ft) great white shark.[42] The orca held the shark upside down to induce the tonic immobility, and kept the shark still for fifteen minutes, causing it to suffocate and then proceeded to eat the dead shark’s liver.[35][42][43]

Another similar attack apparently occurred there in 2000, but its outcome is not clear.[44] After both attacks, the local population of about 100 great whites vanished.[43][44] Following the 2000 incident, a great white with a satellite tag was found to have immediately submerged to depth of 500 m and swum to Hawaii.[44] Great whites may have similarly avoided the much larger shark, C. megalodon.[21][44]

Despite its worldwide notoriety, very little is known about the natural ecology and behaviour of this predator. These sharks are usually solitary or occur in pairs, although it is apparently a social animal that can also be found in small aggregations of 10 or more, particularly around a carcass (3) (6). Females are ovoviviparous; the pups hatch from eggs retained within their mother’s body, and she then gives birth to live young (10). Great white sharks are particularly slow-growing, late maturing and long-lived, with a small litter size and low reproductive capacity (8). Females do not reproduce until they reach about 4.5 to 5 metres in length, and litter sizes range from two to ten pups (8). The length of gestation is not known but estimated at between 12 and 18 months, and it is likely that these sharks only reproduce every two or three years (8) (11). After birth, there is no maternal care, and despite their large size, survival of young is thought to be low (8). Great whites are at the top of the marine food chain, and these sharks are skilled predators. They feed predominately on fish but will also consume turtles, molluscs, and crustaceans, and are active hunters of small cetaceans such as dolphins and porpoises, and of other marine mammals such as seals and sea lions (12). Using their acute senses of smell, sound location and electroreception, weak and injured prey can be detected from a great distance (7). Efficient swimmers, sharks have a quick turn of speed and will attack rapidly before backing off whilst the prey becomes weakened; they are sometimes seen leaping clear of the water (6). Great whites, unlike most other fish, are able to maintain their body temperature higher than that of the surrounding water using a heat exchange system in their blood vessels (11).