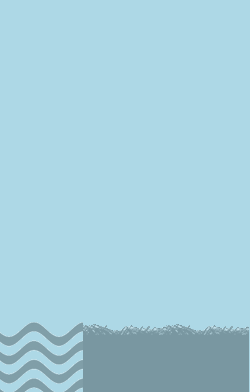 Sorry, there is no photo available. If you have one, please submit here .
Animalia, Arthropoda, Malacostraca

• Cancer productus has a MOVE of 2.

• Cancer productus can use its large pincers to crush barnacles.

Cold, Cool, Warm
Graphic by Martha Isermanwww.bigredsharks.com
Cancer productus, one of several species known as the red rock crab, is a crab of the genus Cancer found on the western coast of North America.    Cancer productus has carapace teeth that are somewhat broad and rounded with teeth between the eyes of nearly equal size and shape. The carapace of C. productus is widest at the posterior-most tooth, […] read more
Sorry, there is no photo available. If you have one, please submit here.

Cancer productus, one of several species known as the red rock crab, is a crab of the genus Cancer found on the western coast of North America.

Cancer productus has carapace teeth that are somewhat broad and rounded with teeth between the eyes of nearly equal size and shape. The carapace of C. productus is widest at the posterior-most tooth, up to 20.0 cm wide. Thepincers are large with distinctive black tips. This species lacks serrations or projections on the ventral side of the claws. Adults have a brick red coloration throughout. The coloration of juvenile C. productus is diverse, often white, sometimes with red spots, or zebra striped.[1]

Cancer productus is carnivorous and in Puget Sound will crush barnacles with its large pincers for consumption. Small living crabs and dead fish are also eaten. Mating in this species occurs when the female is soft-shelled from October to June in Puget Sound. The male can often been seen guarding females until molting during this time.[3] This species is known to be a favorite prey item of Enteroctopus dofleini, the giant Pacific octopus.[4]

Although C. productus is harvested by sport fishermen, there is no commercial fishery. It is not as sought after as Dungeness crab due to the considerably lower amount of flesh. However, the flesh has a delicate flavor that is slightly sweet. Both males and females with a carapace that exceeds 5 inches (130 mm) may be harvested in Washington, when in season.


—
Biology/Natural History: Predators include sand and kelp bass and sculpin (on juveniles) and seabirds such as gulls and pigeon guillemots. Prey include barnacles and smaller crabs, amphipods, sea cucumbers, polychaetes, many other intertidal invertebrates, as well as dead fish. At least 42 prey species have been noted. Are an important threat to commercial oyster beds. Crabs raised on thick-shelled species such as Mytilus californianus developed even stronger claws. Mating occurs in summer after a female has molted. Males will often guard a female who is preparing to molt, by holding her under his abdomen. This may last for several weeks until she molts. He then guards her until her exoskeleton hardens again. Gravid females may be found from October to June. Females may carry from 172,000 to 597,000 eggs on the pleopods of the abdomen. Males overwinter in shallow areas, while females seem to overwinter in deeper water. Red rock crabs cannot osmoregulate and so are not found in areas of low salinity. Near Vancouver Island, adults have more epibionts than do juveniles (McGraw, 2006). Common epibionts include barnacles (especially Balanus crenatus) on the dorsal surface, green, red, and brown algae (especially on the antennae), tube-dwelling polychaetes (mainly on the ventral surfaces), hydrozoans (mainly on ventral surfaces and limbs), bryozoans (especially Membranipora membranacea) on any region of the carapace. A few have sponge, tunicate, or mollusk epibionts.
How to Distinguish from Similar Species: The other large, common cancer crab species in the Rosario area isC. magister, which does not have a dark tip to the dactyl of the chela, and its carapace is widest at the 10th and last lateral tooth. C. antennarius has red spots on the underside of the carapace.

Habitat: Rocky and soft bottoms. Most common around rocks. Often found half-buried in sand under rocks during the day; more active at night.