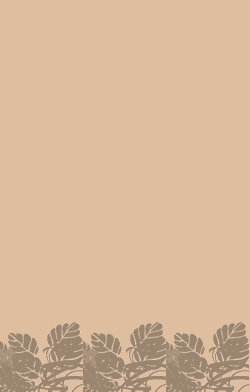 • Pitta baudii can smash open snail shells by banging them upon tree roots and rocks.

Warm, Hot
Graphic by turtle-rnturtle-rn.deviantart.com/
The Blue-headed Pitta, Pitta baudii, is a species of bird in the pitta family Pittidae. The species is endemic to the island of Borneo, where it occurs inBrunei, Kalimantan (Indonesia), Sarawak and Sabah (Malaysia). Its natural habitat is tropical lowland evergreen forests. While it does occur in disturbed of secondary forests, it is most common in primary forest. It usually occurs below 600 m (2,000 ft), it has been […] read more
Sorry, there is no photo available. If you have one, please submit here.

The Blue-headed Pitta, Pitta baudii, is a species of bird in the pitta family Pittidae. The species is endemic to the island of Borneo, where it occurs inBrunei, Kalimantan (Indonesia), Sarawak and Sabah (Malaysia). Its natural habitat is tropical lowland evergreen forests. While it does occur in disturbed of secondary forests, it is most common in primary forest. It usually occurs below 600 m (2,000 ft), it has been recorded up to 1,200 m (3,900 ft), but this record has not been verified.

The Blue-headed Pitta is a medium-sized pitta, at 17 cm (6.7 in) in length. The plumage of the male is very brightly coloured, with a bright blue crown, black cheeks, white throat, chestnut red back, violet blue tail and belly, and black wings marked with white. The colours of the female are more subdued, with a buff coloured back and head and bue only being found on the tail.

The Blue-headed Pitta is believed to be a seasonal breeder, as birds in breeding condition have been found in the middle of the year (March to June) and a female that was about to lay was found in July. Young birds were also found in nests between May and October. The nest is typical of the family, a round dome of leaves with a side entrance near or on the ground. In the one nest examined two eggs were found.

Earthworms form the major part of the diet of pittas, followed by snails in order of importance. Earthworms may however become seasonally unavailable in dry conditions when the worms move deeper into the soil. In addition a wide range of invertebrate prey is eaten, including many insects groups such as termites, ants,beetles, true bugs, and lepidopterans; as well as freshwater crabs, centipedes, millipedes, and spiders. In addition to invertebrates some species, such as the Fairy Pitta and Rainbow Pitta, have been recorded feeding on vertebrate prey. These include skinks, frogs, snakes and, in the case of the Fairy Pitta, shrews.[4][12]

Pittas feed in a thrush-like fashion, moving aside leaves with a sweeping motion of the bill. They have also been observed to probe the moist soil with their bills in order to locate earthworms. It has been suggested that they are able to locate earthworms by smell; a suggestion supported by a study which found that they have the largest olfactory bulb of 25 passerines examined. Some species will also use tree roots and rocks as anvils on which to smash open snails in order to eat.

It is largely restricted to mature, lowland evergreen forest (including regenerating selectively logged forest and old secondary forest), usually extending upslope to 600 m, rarely to 1,200 m. While it occurs in secondary forest, it appears to be most abundant in, and possibly reliant on, primary habitat. It generally keeps to dense cover.

Given its apparent restriction to lowland forest in an area that has suffered extremely rapid destruction of this habitat as a result of conversion to agriculture following commercial logging and uncontrolled fire, this species is suspected to have undergone rapid population declines that are likely to continue. It therefore qualifies as Vulnerable.

Loss of low-altitude dryland forest is the primary threat to this species. Kalimantan as a whole lost 90,000 km2 of this habitat in the period 1985-1997, representing just under 25% of its 1985 cover, and resulting in the prediction that, in the absence of changes in forest-resource policy and management, all such habitat could be removed from the province by the year 2010. Furthermore, protected areas are by no means exempt: Gunung Palung National Park, for example, has been 80% hand-logged in recent years. The scale of lowland deforestation and destruction throughout Borneo, due to logging, drought and fire, suggests that the overall population of this species continues to decline precipitously.