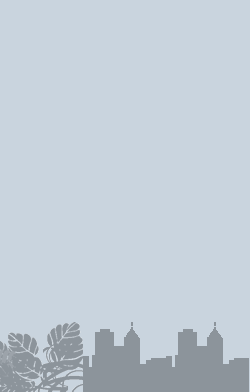 • Mimus polyglottos has a FLIGHT of 2.

• Mimus polyglottos is one of the loudest and most vocal of all birds.

Cool, Warm
Graphic by Jacqueline Raejacquelinerae.deviantart.com/
The Northern Mockingbird, Mimus polyglottos, is the only mockingbird commonly found in North America. This species was first described by Linnaeus in his Systema naturae in 1758 as Turdus polyglottos.[2] The Northern Mockingbird breeds in southeastern Canada, the United States, northern Mexico, the Bahamas, the Cayman Islands and the Greater Antilles. It is replaced further […] read more
Sorry, there is no photo available. If you have one, please submit here.

The Northern Mockingbird, Mimus polyglottos, is the only mockingbird commonly found in North America. This species was first described by Linnaeus in his Systema naturae in 1758 as Turdus polyglottos.[2]

The Northern Mockingbird breeds in southeastern Canada, the United States, northern Mexico, the Bahamas, the Cayman Islands and the Greater Antilles. It is replaced further south by its closest living relative, the Tropical Mockingbird. The Socorro Mockingbird, an endangered species, is also closely related, contrary to previous opinion.[3][4] The bird is the state bird of Arkansas, Florida, Mississippi, Tennessee and Texas.[5]

This bird is mainly a permanent resident, but northern birds may move south during harsh weather. This species has occurred in Europe as an extreme rarity.

Northern Mockingbirds eat mainly insects in summer, but switch to eating mostly fruit in fall and winter. These birds forage on the ground or in vegetation; they also fly down from a perch to capture food. They mainly eat insects, berries and seeds. They have been seen drinking sap from the cuts on recently pruned trees. While foraging, they frequently spread their wings in a peculiar two-step motion to display the white patches. There lacks consensus among ornithologists over whether this behavior is purely a territorial display, or whether the flashing white patches startles insects into giving up their cover.

Mockingbirds’ willingness to nest near houses, their loud and frequent songs, and their territorial defense often annoy people. John van der Linden, author of the Eastern Birding Central FAQ, reported 25 to 50 percent of the e-mail questions he received were concerned with how to deal with annoying mockingbirds.

The Northern Mockingbird appearance is usually gray/dark gray backs and white underparts. The layers of the wings are Black, White, and Gray. Part of their scapulars and tertiaries is made of a white spot in the wing which is usually hidden. The bottom feathers of the tail is white, while the rest are a black/gray color. Northern mockingbirds normally have many black spots in the feathers of the breast area. The legs are black at the front, but a bit lighter at the back. The talons are black. The pupil of the eye is almost always black, but the sclera of the eye can range from a pitch black to a bright orange/red color. Mockingbirds are generally 20–30 cm (8–12 in)including a tail almost as long as its body.

Mockingbirds have a strong preference for certain trees such as maple, sweetgum, and sycamore. They generally avoid pine trees after the other trees have grown their leaves. Also, they have a particular preference for low lying branches. Mockingbirds are often found in urban and suburban areas, where they perch on telephone poles, streetlights, or high points on buildings. While singing on a high perch they will often bolt several feet into the air in a looping motion, with wings outstretched to display their white underside, then land back on the perch without breaking a note. This has been studied and thought to be a courtship display.

Northern Mockingbird males establish a nesting territory in early February. If a female enters his territory, the male will pursue the female with initial aggressive calls and, if she becomes uninterested, with softer calls. Once the pair is established, their song becomes more gentle. Northern Mockingbirds tend to be monogamous, and the female may return to the same male from the previous season.

Both the male and female are involved in the nest building. The male does most of the work, while the female perches on the shrub or tree where the nest is being built to watch for predators. The nest is built approximately three to 10 feet above the ground. The outer part of the nest is composed of twigs, while the inner part is lined with grasses, dead leaves, moss or artificial fibers. The eggs are a light blue or greenish color and speckled with dots.[6] Three to five eggs are laid by the female, and she incubates them for nearly two weeks. Once the eggs are hatched, both the male and female feed the chicks.

The birds aggressively defend their nest and surrounding area against other birds and animals. When a predator is persistent, mockingbirds from neighboring territories, summoned by a distinct call, may join the attack. Other birds may gather to watch as the mockingbirds harass the intruder. In addition to harassing domestic cats[7] and dogs they consider a threat, it is not unheard of for mockingbirds to target humans. They are absolutely unafraid and will attack much larger birds, even hawks. One famous incident in Tulsa, Oklahoma involving a postal carrier resulted in the distribution of a warning letter to residents.[8]

Although many species of bird imitate other birds, the Northern Mockingbird is the best known in North America for doing so. It imitates not only birds but also other animals and mechanical sounds such as car alarms. As convincing as these imitations may be to humans, they often fail to fool other birds, such as the Florida Scrub-Jay.

The Northern Mockingbird’s mimicry is likely to serve as a tool for increasing the size of its repertoire and thus its ability to attract females. The mockingbird is limited to imitating short units of sound, which it repeats several times before moving on to a new sound. As a result, the mockingbird sounds much better (to a human ear) imitating some species than others. Species with repetitive songs, such as the Carolina Wren, are effectively copied, but species with long, complex songs, such as the Song Sparrow, cannot be effectively imitated by the mockingbird.

Northern Mockingbirds, in addition to being good mimics, are also some of the loudest and most constantly vocal of birds. They often sing through the night or when the moon is full. This is especially true of those bachelor males that are trying to attract a female. They sing year-round except sometimes for the late-summer molting season. Individual males have repertoires of 50 to 200 songs; females sing as well, but more quietly and less often than males. Mockingbirds usually sing the loudest in the twilight of the early morning when the sun is on the horizon.

In addition to its well-known song, the Northern Mockingbird uses a variety of calls to communicate specific information. As with its song, these calls are among some of the louder sounds produced by birds of its size. Mockingbirds make a harsh, raspy noise when chasing other birds out of their territory. A similar but distinct call is used when defending against predators like a hawk or falcon. Other calls include a wheezing noise, a “chuck” note, and a very piercing series of notes “high low” repeated twice.

Northern mockingbirds are distributed throughout North America, including Canada and Mexico. In fact, sightings have been reported as far off the coast as Hawaii (where they were introduced). However, northern mockingbirds are most commonly found in the southern regions of the United States and are most often sighted in Texas and Southern Florida. They breed from northern California, eastern Nebraska, southern Ontario and Atlantic Canada southward to southern Mexico. (Rylander, 2002; Texas Parks and Wildlife Department, 2003; Wild Birds Forever, Date Unknown)

Northern mockingbirds are medium-sized birds with long legs and tails, and short, rounded wings. Males are larger than females, ranging from about 22 to 25.5 cm in length and averaging 51 g. Females range from 20.8 to 23.5 cm long and weigh an average of 47 g. Northern mockingbirds have gray-brown upperparts, with a large white patch on each wing and white outer retrices that are conspicuous in flight. Their black bills are long and somewhat decurved. Males and females are similar in appearance, with the exception of difference in size and slightly darker tail feathers on females. Juveniles are similar to adults, but have brown spots on their underparts.(Derrickson and Breitwisch, 1992; Rylander, 2002)