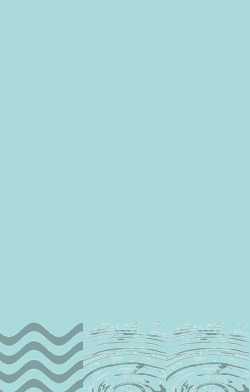 • Trichechus manatus has as MOVE of 2.

• Trichechus manatus uses its large tail to propel itself forward.

Cool, Warm
Graphic by soyrwoosoyrwoo.deviantart.com/
Photo by Keith Ramoswww.flickr.com/photos/usfwsendsp
As its name implies, the West Indian manatee lives in the West Indies, or Caribbean, generally in shallow coastal areas. However, it is known to withstand large changes in water salinity, and so has also been found in shallow rivers and estuaries. They can live in fresh water, saline water, and even brackish water. It […] read more

As its name implies, the West Indian manatee lives in the West Indies, or Caribbean, generally in shallow coastal areas. However, it is known to withstand large changes in water salinity, and so has also been found in shallow rivers and estuaries. They can live in fresh water, saline water, and even brackish water. It is limited to the tropics and subtropics due to an extremely low metabolic rate and lack of a thick layer of insulating body fat. In the winter, West Indian Manatees can be found in Florida. During summer, these large mammals have even been found as far north as New York City, New York and as far west as Texas.[9]

The West Indian Manatee is surprisingly agile in water, and individuals have been seen doing rolls, somersaults, and even swimming upside-down. Manatees are not territorial and do not have complex predator avoidance behavior, as they have evolved in areas without natural predators.

The West Indian Manatee is an opportunistic feeder, with large adults consume 10% to 15% of the body weight in food daily. Manatees feed on about 60 plant species which includes sea grasses as their major food source. They also consume some fish and small invertebrates. Because manatees feed on abrasive plants, their molars are often worn down and are continually replaced throughout life.

The West Indian Manatee has a high casualty rate due to thermal shock from cold temperatures. During cold weather many die due to their digestive tract shutting down at water temperatures below 68 degrees fahrenheit. Many manatee deaths are caused by large commercial vessels but are attributed to “recreational watercraft” due to the elimination of that classification.

The West Indian Manatee has been hunted for hundreds of years for meat and hide, and continues to be hunted to this day in Central and South America. Illegal poaching, as well as collisions with speeding motorboats, are a constant source of manatee fatalities.

Due to their low reproductive rates, a decline in manatee population may be hard to overcome. They enjoy protection from the U.S. Endangered Species Act of 1973, and the U.S. Marine Mammal Protection Act of 1972. The West Indian Manatee is also protected by the Florida Manatee Sanctuary Act of 1978, the Manatee Recovery Plan, and the Save the Manatee Club. However, in April 2007, the U.S. Fish and Wildlife Service announced that the West Indian manatee population of Florida had rebounded. It advised that the species be reclassified as “threatened” rather than “endangered”. A computer model produced for the federal study showed a 50 percent chance that the current statewide manatee population of about 3,300 could dwindle over the next 50 years to just 500 on either coast.[10]

The Florida manatee subspecies (Trichechus manatus latirostris) was listed in October 2007 as Endangered by the IUCN on the basis of a population size of less than 2,500 mature individuals and a population that is estimated to be in decline by at least 20% over the next two generations (estimated at ~40 years) due to anticipated future changes in warm-water habitat and threats from increasing watercraft traffic over the next several decades.[11]

During the winter months, manatees often congregate near the warm water outflows of power plants along the coast of Florida instead of migrating south as they once did, causing some conservations to worry that they have become too reliant on these artificially warmed areas.[12] The U.S. Fish and Wildlife Service is trying to find a new way to heat the water for manatees that are dependent on plants that have closed.

The West Indian sea cow has evolved in areas with no natural predators and as a result the members of this species have had no need to develop complex behaviors for predator avoidance. In addition, the areas inhabited by this species have fairly constant temperatures year-round and an abundant food source. Without the need for group foraging techniques or group defense, this species is largely solitary, occasionally forming loose aggregations.

Manatees are not territorial and do not observe any social hierarchy. Most groups are temporary associations, without regard to sex or age. One exception is herds of juvenile males, which are temporary groups that arise from the exclusion of such individuals from reproductive activities. In addition temporary mating herds develop when a female is in estrus.

Manatees use their tail to propel themselves forward and are surprisingly agile in the water. They are capable of complex maneuvering including somersaults, rolls, and swimming upside-down. They are active day and night, resting for several hours at a time near the surface of the water or at the bottom. While resting on the bottom, they rise to the surface to breath every few minutes.

Manatees use various forms of communication in the water. Individuals rub themselves against hard surfaces, possibly secreting a scent to convey information about the reproductive state of the resident females. Manatees also have an acute ability to hear and squeals are often used to keep contact between a mother and calf. Vision seems to be the preferred method of navigation.