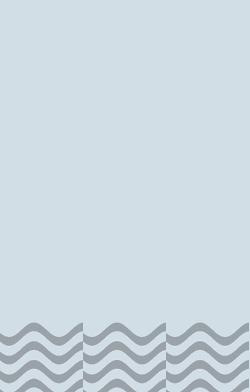 Play: Orcinus orca has a MOVE of 2

The killer whale (Orcinus orca), commonly referred to as the orca whale or orca, and less commonly as the blackfish, is a toothed whale belonging to the oceanic dolphin family. Killer whales are found in all oceans, from the frigid Arctic and Antarctic regions to tropical seas. Killer whales as a species have a diverse diet, although individual populations often specialize in particular types of prey. Some feed exclusively on fish, while others hunt marine mammals such as sea lions, seals, walruses and even large whales. Killer whales are regarded as apex predators, lacking natural predators.

Killer whales are highly social; some populations are composed of matrilineal family groups which are the most stable of any animal species.[5] Their sophisticated hunting techniques and vocal behaviors, which are often specific to a particular group and passed across generations, have been described as manifestations of culture.[6]

The IUCN currently assesses the orca’s conservation status as data deficient because of the likelihood that two or more killer whale types are separate species. Some local populations are considered threatened or endangered due to prey depletion, habitat loss, pollution (by PCBs), capture for marine mammal parks, and conflicts with fisheries. In late 2005, the “southern resident” population of killer whales that inhabits British Columbia and Washington state waters were placed on the U.S. Endangered Species list.

Wild killer whales are not considered a threat to humans,[7] although there have been cases of captives killing or injuring their handlers at marine theme parks. Killer whales feature strongly in the mythologies of indigenous cultures, with their reputation ranging from being the souls of humans to merciless killers. Some examples of variations in killer whales

There are three to five types of killer whales that may be distinct enough to be considered different races,[16] subspecies, or possibly even species.[17] The IUCN reported in 2008, “The taxonomy of this genus is clearly in need of review, and it is likely that O. orca will be split into a number of different species or at least subspecies over the next few years.”[2] In the 1970s and 1980s, research off the west coast of Canada and the United States identified the following three types: Transients and residents live in the same areas, but avoid each other.[24] The name “transient” originated from the belief that these killer whales were outcasts from larger resident pods. Researchers later discovered transients are not born into resident pods or vice-versa. The evolutionary split between the two groups is believed to have begun two million years ago.[25] Genetic data indicates that the types have not interbred for up to 10,000 years.[26]

Three types have been documented in the Antarctic. Two dwarf species, named Orcinus nanus and Orcinus glacialis, were described during the 1980s by Soviet researchers, but most cetacean researchers are skeptical about their status, and it is difficult to link these directly to the types described below.[17]

Types B and C live close to the ice pack, and diatoms in these waters may be responsible for the yellowish coloring of both types.[17][34] Mitochondrial DNA sequences support the theory that these are separate species that have recently diverged.[35] More recently, complete mitochondrial sequencing indicates that the two Antarctic groups that eat seals and fish should be recognized as distinct species, as should the North Pacific transients, leaving the others as subspecies pending additional data.[36]

Size comparison to an average human.

The dorsal fin and saddle patch of a resident killer whale in the northeastern Pacific Ocean. It may be either an adult female, or a juvenile of either sex.

Killer whales distinctively bear a black back, white chest and sides, and a white patch above and behind the eye. Calves are born with a yellowish or orange tint, which fades to white. Killer whales have a heavy and robust body[38] with a large dorsal fin up to 2 metres (6.6 ft) tall. Behind the fin, they have a dark grey “saddle patch” across the back. Antarctic killer whales may have pale grey to nearly white backs. Adult killer whales are very distinctive and are not usually confused with any other sea creature.[39] When seen from a distance, juveniles can be confused with other cetacean species such as the false killer whale or Risso’s dolphin.[40] The killer whale’s teeth are very strong and covered in enamel. Its jaws are a powerful gripping apparatus, as the upper teeth fall into the gaps between the lower teeth when the mouth is closed. The front teeth are inclined slightly forward and outward, thus allowing the killer whale to withstand powerful jerking movements from its prey while the middle and back teeth hold it firmly in place.[41]

Killer whale pectoral fins are large and rounded, resembling paddles. Males have significantly larger pectoral fins than females. At about 1.8 metres (5.9 ft) the male’s dorsal fin is more than twice the size of the female’s and is more of a triangular shape—a tall, elongated isosceles triangle—whereas hers is shorter and more curved.[49] Males and females also have different patterns of black and white skin in the genital area.[50] Sexual dimorphism is also apparent in the skull; adult males have a longer lower jaw than females, and have a larger occipital crest.[48]

Individual killer whales can often be identified from the dorsal fin and saddle patch. Variations such as nicks, scratches, and tears on the dorsal fin and the pattern of white or grey in the saddle patch are unique. Published directories contain identifying photographs and names for hundreds of North Pacific animals. Photo identification has enabled the local population of killer whales to be counted each year rather than estimated and has enabled great insight into lifecycles and social structures.[51]

White killer whales occur sporadically among normal killer whales, but are rare. They have been spotted in the northern Bering Sea and around St. Lawrence Island, and near the Russian coast.[52][23] In February 2008, a white killer whale was photographed 2 miles (3.2 km) off Kanaga Volcano in the Aleutian Islands.[52][23]

Killer whales have good eyesight above and below the water, excellent hearing, and a good sense of touch. They have exceptionally sophisticated echolocation abilities, detecting the location and characteristics of prey and other objects in their environment by emitting clicks and listening for echoes.[53]