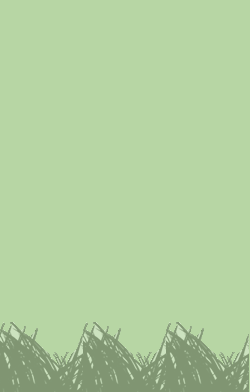 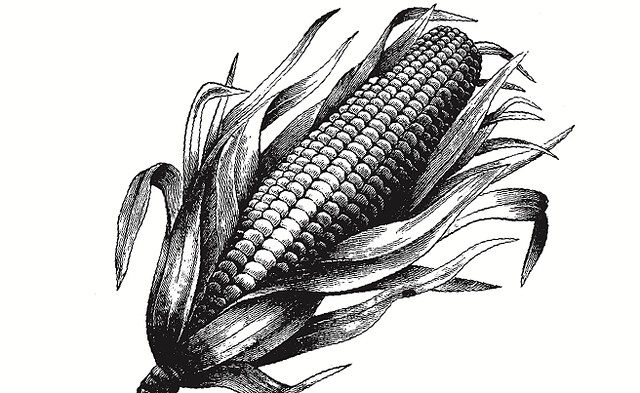 Sorry, there is no photo available. If you have one, please submit here .
Angiosperms, Monocots, Plantae

Fact: An ear of Zea mays commonly holds about 600 kernels.

cool, warm
Graphic by O'Reillyanimals.oreilly.com/
Maize (/ˈmeɪz/ mayz; Zea mays subsp. mays, from Spanish: maíz after Taíno mahiz), known in some English-speaking countries as corn, is a large grain plant domesticated by indigenous peoples in Mesoamerica inprehistoric times. The leafy stalk produces ears which contain the grain, which are seeds called kernels. Maize kernels are often used in cooking as […] read more
Sorry, there is no photo available. If you have one, please submit here.

Maize (/ˈmeɪz/ mayz; Zea mays subsp. mays, from Spanish: maíz after Taíno mahiz), known in some English-speaking countries as corn, is a large grain plant domesticated by indigenous peoples in Mesoamerica inprehistoric times. The leafy stalk produces ears which contain the grain, which are seeds called kernels. Maize kernels are often used in cooking as a starch. The six major types of maize are dent, flint, pod, popcorn, flour, and sweet.[1]

Ears develop above a few of the leaves in the midsection of the plant, between the stem and leaf sheath, elongating by[citation needed] ~ 3 mm/day, to a length of 18 cm (7 in) (60 cm or 24 in being the maximum observed in the subspecies [18]). They are female inflorescences, tightly enveloped by several layers of ear leaves commonly called husks. Certain varieties of maize have been bred to produce many additional developed ears. These are the source of the “baby corn” used as a vegetable in Asian cuisine.

The apex of the stem ends in the tassel, an inflorescence of male flowers. When the tassel is mature and conditions are suitably warm and dry, anthers on the tassel dehisce and release pollen. Maize pollen is anemophilous (dispersed by wind), and because of its large settling velocity, most pollen falls within a few meters of the tassel.

Elongated stigmas, called silks, emerge from the whorl of husk leaves at the end of the ear. They are often pale yellow and 7 in (178 mm) in length, like tufts of hair in appearance. At the end of each is a carpel, which may develop into a “kernel” if fertilized by a pollen grain. The pericarp of the fruit is fused with the seed coat referred to as “caryopsis“, typical of the grasses, and the entire kernel is often referred to as the “seed“. The cob is close to a multiple fruit in structure, except that the individual fruits (the kernels) never fuse into a single mass. The grains are about the size of peas, and adhere in regular rows around a white, pithy substance, which forms the ear (maximum size of kernel in subspecies is reputedly 2.5 cm/1 in [19]). An ear commonly holds 600 kernels. They are of various colors: blackish, bluish-gray, purple, green, red, white and yellow. When ground into flour, maize yields more flour with much less bran than wheat does. It lacks the protein gluten of wheat and, therefore, makes baked goods with poor rising capability. A genetic variant that accumulates more sugar and less starch in the ear is consumed as a vegetable and is called sweet corn. Young ears can be consumed raw, with the coband silk, but as the plant matures (usually during the summer months), the cob becomes tougher and the silk dries to inedibility. By the end of the growing season, the kernels dry out and become difficult to chew without cooking them tender first in boiling water.

Planting density affects multiple aspects of maize. Modern farming techniques in developed countries usually rely on dense planting, which produces one ear per stalk.[20] Stands of silage maize are yet denser,[21] and achieve a lower percentage of ears and more plant matter.

Maize is a facultative short-day plant [22] and flowers in a certain number of growing degree days > 10 °C (50 °F) in the environment to which it is adapted.[23] The magnitude of the influence that long nights have on the number of days that must pass before maize flowers is genetically prescribed[24]and regulated by the phytochrome system.[25] Photoperiodicity can be eccentric in tropical cultivars such that the long days characteristic of higher latitudes allow the plants to grow so tall that they do not have enough time to produce seed before being killed by frost. These attributes, however, may prove useful in using tropical maize for biofuels.[26]

Because of its shallow roots, maize is susceptible to droughts, intolerant of nutrient-deficient soils, and prone to be uprooted by severe winds.[27]