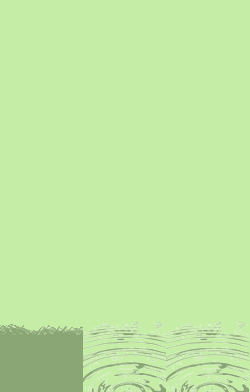 
• Leptailurus serval has a MOVE of 2.

Servals have historically been kept as lifelong pets in Africa. The Ancient Egyptians also worshipped the serval as gods.

Cool, Warm
Graphic by Adam Smithrupted.deviantart.com/
The serval (pronounced /ˈsɜrvəl/), Leptailurus serval, is a medium-sized African wild cat. Modern molecular DNA analysis indicates that servals maintain their own unique lineage descending from the same Felid ancestor as the lion, and though the serval shares common traits with thecheetah, it is the cheetah which is thought to have descended from ancient servals.[3] Similar DNA studies have shown the African golden […] read more
Sorry, there is no photo available. If you have one, please submit here.

The serval (pronounced /ˈsɜrvəl/), Leptailurus serval, is a medium-sized African wild cat. Modern molecular DNA analysis indicates that servals maintain their own unique lineage descending from the same Felid ancestor as the lion, and though the serval shares common traits with thecheetah, it is the cheetah which is thought to have descended from ancient servals.[3] Similar DNA studies have shown the African golden catand the caracal are closely related to the serval, and may have branched by cross-breeding.

Its main habitat is the savanna, although melanistic individuals are more usually found in mountainous areas. The serval needs watercourses within its territory, so it does not live in semi-deserts or dry steppes. It is able to climb and swim, but seldom does so. It has now dwindled in numbers due to human population taking over its habitat and also hunting its pelt. It is protected in most countries.

Although the serval is specialized for catching rodents, it is an opportunistic predator whose diet also includes birds, hares, hyraxes, reptiles, insects,fish, and frogs.[5] The serval has been observed taking larger animals, such as deer, gazelle, and springbok, though over 90% of the serval’s prey weighs less than 200 g (7 oz).[6] The serval eats very quickly, sometimes too quickly, causing it to gag and regurgitate due to clogging in the throat. Small prey are devoured whole. With larger prey, small bones are consumed, but organs and intestines are avoided along with fur, feathers, beaks, feet or hooves. The Serval utilizes an effective plucking technique in which they repeatedly toss captured birds in the air while simultaneously thrashing their head from side-to-side, removing mouthfuls of feathers, which they discard.

As part of its adaptations for hunting in the savannas, the serval boasts long legs (the longest of all cats, relative to body size) for jumping, which also help it achieve a top speed of 80 km/h (50 mph), and large ears with acute hearing. The long legs and neck allow the serval to see over tall grasses, while its ears are used to detect prey, even those burrowing underground. The serval has been known to dig into burrows in search of underground prey, and to leap 3-5 m (9-16 ft) into the air to grab birds in flight. While hunting, the serval may pause for up to 15 minutes at a time to listen with eyes closed. The Serval’s pounce is a distinctive and precise vertical ‘hop’, which may be an adaptation for capturing flushed birds[7]. They are able to leap over 6 m (20 ft) horizontally from a stationary position, landing precisely on target with sufficient force to stun or kill their prey upon impact. The serval is an efficient killer, catching prey on an average of 50% of attempts (with a 67% success rate at night), compared to around one in ten attempts for most species of cat.[6]

Servals are extremely intelligent, and demonstrate remarkable problem-solving ability, making them notorious for getting into mischief, as well as easily outwitting their prey, and eluding other predators. The serval will often play with its captured prey for several minutes, before consuming it. In most situations, servals will ferociously defend their food against attempted theft by others. Males can be more aggressive than females

Built for height rather than speed, the serval is a tall, slender cat with the longest legs relative to body size of any cat species (4). It has a long neck and a narrow face dominated by enormous, oval ears which it uses to scan vegetation for sounds of prey (2) (4) (5). Black spots, varying in size and shape, pattern its tawny fur and in some instances merge to form stripes on the back and neck (4) (6). Furthermore, in parts of the serval’s range, all-black forms are fairly common (2) (4) (5).

Serval have the largest ears and longest legs, relative to their body size, in the cat family. Body length ranges from 670 to 1000 mm, tail length from 240 to 450 mm, and shoulder height from 540 to 620 mm. Males are generally larger than females. Their remarkably long legs can constitute much of their height and are used to see over savanna grasses, aiding in prey detection. The auditory bullae and pinnae of the ear are enlarged to aid in the detection of prey that emit high frequency sounds. The ears are rounded with white stripes on the back and they rest on a small, elongate head. The pelage is reddish-brown with dark spots that may merge into stripes along the back. There is regional variation in coloration. Serval that inhabit wetter areas have finer markings and those that inhabit drier areas have fur with large, bold spots.

Servals can be found in dry, open grasslands, wooded savannas, grassy uplands, and moist areas around rainforests. They do not occur in rainforests. Servals are almost always found near water.